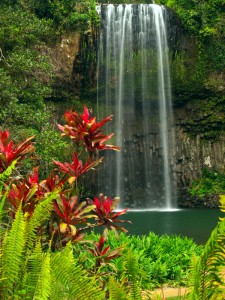 What rights are common to all living things? Should “human rights” be unique to members of the human race, or are there some rights which are so fundamental to life that they belong to everything in the natural world? One environmental group has set out to try and answer this question, and they have managed to come up with some very interesting results.

What are “Rights of Nature”?

The Global Alliance for the Rights of Nature is an environmental NGO (a list of its member organisations is available here) which proposes a somewhat radical answer to the question about which rights belong to all living things. They argue that there are certain “Rights of Nature” which ought to be inalienable, and this needs to be recognised, respected and enforced by legal codes around the world.

“Rather than treating nature as property under the law, rights of nature acknowledges that nature in all its life forms has the right to exist, persist, maintain and regenerate its vital cycles.

And we – the people – have the legal authority and responsibility to enforce these rights on behalf of ecosystems. The ecosystem itself can be named as the defendant.”

The Global Alliance for the Rights of Nature differs from most other environmental groups because in their view many of the laws and regulations which seek to protect the environment are flawed because they treat nature as a commodity which only exists to serve members of the human race, rather than acknowledging that it has a fundamental right to exist for its own sake.

”The Ecuadorian constitutional provisions adopted in 2008, recognize the right for nature to exist, persist, evolve, and regenerate. Those laws also recognize the right of any person or organization to defend, protect, and enforce those rights; and for payment of recovered damages to government to provide for the restoration of those ecosystems.”

The ultimate ambition of the Global Alliance for the Rights of Nature is for the Rights of Nature to be universally recognised by both national constitutions and international bodies. In particular, they would like there to be a judicial forum where they could bring cases against other organisations whose activities they believe have violated the rights of nature.

What is the First Global Tribunal on the Rights of Nature?

Evidence from eight separate cases was presented to the tribunal, who had the task of deciding which ones merited further consideration at a future tribunal later this year. The ultimate aim of the Global Tribunal on the Rights of Nature is for it to become permanent international body which can hear any case where someone argues that an abuse of the rights of nature has taken place.

This tribunal marked the culmination of a five-day summit attended by 60 leading activists from within the Global Alliance for the Rights of Nature Movement, which hopes it will gain momentum in the years ahead.