Recent developments suggest that pensioner benefits are set to become one of the key political battlegrounds when the country goes to the polls in 2015, reports David Kingman 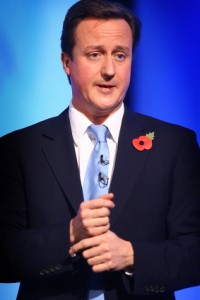 The political rhetoric surrounding pensioner benefits appears to be heating up, as the three main parties compete to try and set out their vision for what they do in government if they are in power after the 2015 general election.

On 5 January, Prime Minister David Cameron publicly committed his Conservative Party to maintaining the so-called “triple lock” guarantee for the basic state pension during the next parliament. This means that the state pension automatically rises each year in line with whichever is greatest out of CPI inflation, earnings growth or a floor of 2.5%.

This policy has been popular with older people and their lobbying groups, naturally enough, although it has proved to be increasingly controversial as it has been introduced during a period when annual increases in the majority of working-age benefits been capped at below the rate of inflation (meaning their value is effectively being cut each year). Earnings growth throughout the economy has also generally been low, so the triple lock guarantee has enabled pensioners to do better than the vast majority of working people.

The BBC has calculated that the basic state pension will be about £440 higher per year from next April than it would have been if it had risen at the same rate as average earnings from 2011 to 2012. It also resulted in an increase of 5.2% in 2012, which translated to a cash rise of £5.30 per week – the largest cash rise ever seen.

David Cameron justified his support for the triple lock by claiming that it was about being fair to older people who have paid into the welfare state throughout their lives, telling the BBC:

“I want people when they reach retirement to know that they can have dignity and security in their old age. People who have worked hard, who have done the right thing, who have provided for their families, they should then know they will get a decent state pension and they don’t have to worry about it lagging behind prices or earnings and I think that’s the right choice for the country.”

However, this announcement drew criticism from many other sources, who claimed that his support for the triple lock guarantee has more to do with encouraging pensioners to vote Conservative. Labour MP Frank Field was blunt in his criticism that this move represents another sop to older voters at a time when the rest of the population has already been feeling the impacts of austerity:

“Younger families, with children, who are hungry deserve a similar amount of dignity, particularly if they are working. If you are promising one group – a group that is more certain to vote – that they will get the gravy first, you are saying to others there is less for you… and somebody is going to have to pay the taxes to foot that bill.”

However, David Cameron also received attention for refusing to confirm that his party would maintain the status quo over universal benefits for pensioners if they are returned to power in 2015. This has led to rumours and speculation that he might consider cutting benefits such as the winter fuel allowance and the free bus pass for wealthier pensioners, while possibly using a higher basic state pension as a means of softening the blow.

Cutting across this debate has been the announcement from Chancellor George Osborne that Britain is still a long way from achieving genuine fiscal sustainability, so another round of cuts to government spending is virtually guaranteed if he is still in power following the next election.

The figure of £25 billion has been widely circulated as the amount of additional retrenchment that a further round of budget cuts would need to achieve in order to balance Britain’s books for the long term. Both Labour and the Lib Dems have suggested that they will do things differently if they are handed power, while critics of Osborne’s austerity measures have argued that this amount is much more than any of his proposed policies – such as reducing housing benefit for the under-25s and people living in social housing who have high incomes – would ever be able to achieve.

Indeed, it appears that the big headache for the Conservative Party following these announcements is that they somehow have to square the circle of cutting welfare payments without touching the state pension. Osborne has claimed that most of his £25 billion in addition cutbacks can come from the welfare budget, but given that almost half of total benefit spending in Great Britain comes from the state pension, how they can achieve this while also making the state pension more generous is a very difficult question on the which the younger generation should hold them to account.