A new report from the Institute for Public Policy Research has shown that the majority of people still aren’t putting enough money into their pensions. David Kingman explains 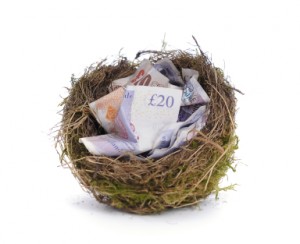 British workers still aren’t saving enough towards their retirement, according to a recent report by the Institute for Public Policy Research (IPPR). The report, Defining ambitions: Shaping pension reform around public attitudes, was based on original research which looked at the attitudes of British workers towards pension saving, and found that there is a strong risk of too many current workers approaching retirement without adequate savings, which could potentially create serious problems for the state to deal with later on.

The report offers a brief overview of the current pensions landscape, from which two striking statistics stand out. Firstly, the report’s authors argue that less than half of British adults are currently making adequate provision for their retirement, following the widespread collapse of occupational pension saving among private sector workers.

Secondly, the report argues that the government’s attempt at getting more private sector workers to save money for their retirement through auto-enrolment is unlikely to produce significant results, as only half of private sector workers will be able to derive an adequate income in retirement if they make the minimum rate of contributions (which is currently 3% of salary).

Although the government is trying to reform pensions, for example through increasing the state pension age for both men and women, the report argues that they can only do so much without major changes to the way in which British workers make private savings towards their retirement. Therefore the report investigated how today’s workers feel about the pensions system and what they want from it in order to see what reforms may encourage more people to make savings.

Decisions made for them

One of the most surprising findings contained in this report was that the majority of workers appear to want to have less control over their pensions than they do at present. The researchers found that workers would prefer it if pension saving was made compulsory, ideally starting from someone’s first job; they want a small number of default pension options which they can choose between without having to become heavily involved in making too many decisions for themselves; and they would prefer not to have to choose an annuity product for themselves.

Although auto-enrolment is a step in this direction, this offers a profound challenge to the general direction of travel in British pensions over recent years, which have generally tended towards giving individuals more control over organising their own pensions, as pensions offered by employers have declined. Clearly, having to organise a pension on their own is enough to discourage many workers from taking one out.

The research found that people are also discouraged from pension saving by the level of risk involved in taking out a private pension, both from the rise and fall of the market and the danger of sudden changes in government policy (such as alterations to how pensions are taxed). Unfortunately, levels of understanding and awareness surrounding pension savings are low, and there is a great deal of negativity associated with various pension scandals which have erupted in recent years, including the collapse of Equitable Life.

How can pension reform be improved?

The IPPR concludes its report by offering a number of detailed recommendations for how pension saving can be encouraged, based on the findings from their survey of the general public.

One idea which proved very popular with the workers who they surveyed was introducing “smoothed pensions” which would be less volatile to sudden fluctuations in the stock market, as the danger that they would get out less than contributed was one of the biggest disincentives for workers to save.

Another idea which the think tank recommends is the creation of “collection defined contribution” pensions which can reduce costs and the level of risk by taking advantage of economies of scale, rather than relying on individual workers managing their own defined contribution “pots” as usually happens at present.

The findings from the report suggest that these ideas could do much to address the decline in pension saving among today’s workers if they were implemented – but with the amount of negativity which currently surrounds pension saving in Britain, todays young workers will clearly need a lot of encouragement if we want them to start saving more.