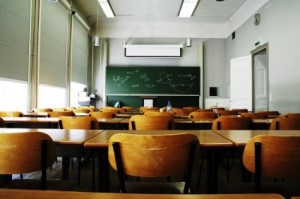 A new financial cutback has recently been announced by the Coalition Government which could cause harm to “some of the most vulnerable young people in our education system”, according to a spokesmen for the Sixth Form Colleges Association.

Following a new announcement from the Education Funding Authority, from September schools and colleges in England will see the grant they are given to fund each pupil’s place cut by 17.5% for all students who are already over the age of 18 at the beginning of the academic year. This could have a profound effect on their ability to educate some of their neediest students, as this blog will explain.

Why are these students still at school?

Under the English education system, most students complete only two years of post-16 education before leaving school and going on to higher education, studying for some kind of vocational qualification or joining the workforce. However, there is a small minority who remain at school in order to complete an extra year, usually because their attainment in previous years has not been of a high enough standard for them to be awarded the qualifications which they are studying towards. Therefore, many of the students who will be affected are likely to come from difficult backgrounds or have other issues which make them educationally challenging.

In an interview, the principle of Birkenhead College, Kathryn Podmore, outlined some of the challenges which these students tend to face:

“They are often students who have struggled throughout school who can ultimately achieve success but only with study support, personal mentoring and work placements…or they are students who struggled massively in their first year in post-16 and re-started at age 17. They are more vulnerable, lower in confidence and we do not deserve a cut in funding for the service that we must provide them.”

According to Martin Doel, the chief executive of the Association of Colleges – which issued a furious response to this announcement – “These are the students who need extra help, not less.” However, the government has justified this cutback by arguing that most of these students will have already received two years of post-16 education, meaning they ought to need less educational assistance than younger pupils.

Mr Doel countered this suggestion by claiming that the amount of funding which institutions receive for teaching post-16 students is already 22% less per pupil than they get for teaching those aged 5–16, a state of affairs which he argues has come about because of the official commitment to “ring-fence” government spending on schools which provide compulsory education.

From the perspective of the Association of Colleges, the government is now proposing to give their members less money than they do at present to teach some of their most demanding students, in a situation where they already feel they aren’t been allocated sufficient resources to do their job in the first place. Given that the Coalition Government has made a major point of emphasising how committed they are to improving education (particularly through increasing the amount of competition in the state sector), targeting the most difficult and vulnerable students for a reduction in spending does seem especially unfair.

How many students will be affected?

According to the Association of Colleges, the cut in funding will affect around 100,000 students who are studying at colleges in England, plus additional numbers who are enrolled at secondary schools and at universities studying foundation courses.

A report published by the House of Commons Education Committee in 2011 showed that in 2010 3.4% of all 18 year olds who were in full-time education at the beginning of the academic year were being taught in local-authority maintained schools, 1% were in independent schools and 1.6% were enrolled at sixth form colleges. This shows that this category accounts for a significant number of students, although it lags far behind the proportion of 18 year olds in full-time education who were at either higher education institutions (24.3%) or further education colleges (18.1%).

The Department of Education was keen to stress that only a small number of students would be affected. Their spokesman gave the following statement to the BBC:

“[These changes will] affect less than a fifth of students and amount to an average reduction of 2% across all institutions. Students with learning difficulties or disabilities will be excluded from this restriction, and those students without a grade C in English and maths will continue to attract disadvantage funding at the full rate.”

However, for those institutions which do see their funding being cut, the knock-on effect on quality is likely to be significant. Given that many of these students will have been failed by the education system once already, to put them at increased risk of being failed again is a travesty for Britain’s youth.