John Bercow’s speech to the Hansard Society on 27 November about a digital democracy has led to much discussion as to whether this could improve the turnout of younger voters. The Speaker wishes to bridge the gap between MPs and the increasingly digital society they represent. Hope Barker reports. 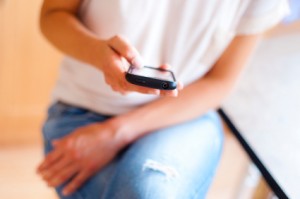 After fewer than half of young people aged 18–24 voted in the 2010 general elections, the representation of Britain’s youth has become a pressing issue for Parliament – especially as the 2015 election seems no more promising, with the Hansard Society suggesting only 54% of people are set to vote. It is the younger generations who have been hit hard by the recession with the hike in university fees, benefit cuts and rising unemployment rates; and yet the average age of MPs in the UK has been calculated at 50 years. It is clear that there is a democratic deficit, and it  has led to young people feeling misrepresented and  disinclined to vote.

One reason John Bercow is backing the principle of e-voting is that he believes it could broaden democracy and curb this deficit. The ideas he put forward in his speech did not just relate to e-voting but to an overall “Parliament version 2.0”. He suggested e-dialogues between representatives and those represented so that the general public could feel more involved in decisions rather than alienated from Parliament. In a world where almost everything can be achieved by the click of a mouse, why not democracy too? This method could serve to represent an ever-diversifying population all the more relevantly, with politics and democracy constantly available at the touch of a button.

At this stage the idea is in its initial stages as Bercow creates a Speaker’s Commission with 30 expert commissioners; he has begun to consult the heads of Apple, Google, Microsoft and the like for advice on how feasible the idea is. The Speaker’s Commission is set to look into other e-voting systems, such as the one in Estonia: in their 2010 elections, a quarter of people voted electronically and studies showed that 10-15% of those who voted wouldn’t have done so without the electronic option. Success stories such as these demonstrate how electronic voting could be the way forward in terms of improving turnouts for elections and ensuring everybody is represented.

However, many commenters on news sites such as the Evening Standard have expressed how vulnerable this system is. Whilst ballot papers give us a certified written record of the elections, online voting is far more susceptible to hackers and rigged outcomes. Although it could speed up the process massively, online voting could also be unpredictable and uncontrollable, as with any form of technology.

The “Berlin Wall” of technology

As much as this could make democracy more relevant for young people, it could also distance it from older generations who are less technologically able. As the system becomes modernised, it will inevitably leave some people behind: statistics show that 17% of British households don’t have internet access. Bercow admits that this is an issue that needs addressing, stating that “it has to be universally inclusive and not a Geek’s nirvana.” However, it is difficult to see how those who are not technologically capable could be included in the Parliamentary upgrade.

Whilst Bercow’s proposition is in its early stages and still needs further thought and attention, it holds a lot of promise. Such changes could modernise Parliament so that it becomes more relevant to younger generations and could in turn lead to greater representation of their concerns and issues, and greater hope for intergenerational equity in political matters.