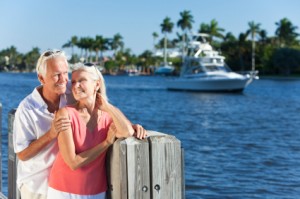 The median household income of retired and non-retired households have moved in opposite directions since the beginning of the recession in 2007, according to new figures from the ONS.

These show that the median income (the income of the household which is exactly in the middle of the income distribution, with half of all households earning above this level and half earning below it) of non-retired households fell by 6.4% between 2007/08 and 2011/12. However, the median household income of pensioner households actually rose by 5.1% over the same period, showing that they have managed to weather the impacts of the recession surprisingly well.

Overall, the middle fifth of working-age households have seen their income from employment and investment fall by an average of £5,300 in cash terms during the recession. Some other recently-published research has suggested that younger workers have been particularly hard hit.

According to a report from the think tank the Resolution Foundation, workers who are in their 20s have seen their average hourly pay fall by nearly 12% during the recession, compared to an average of 8% for workers of all ages. Their senior economist, Matthew Whittaker, gave a stark warning about the possible implications which this trend could have for young people:

“The economic downturn has been tough for almost everyone but younger people have been hit harder, and from more than one direction. Wages have been falling steadily for almost everyone but, on top of this, younger people have not benefited from a partial recovery in the jobs market. It’s worrying if economic recovery is not to be fully shared among the population. As it stands, young people are at risk of being left out.”

It is possible that the impacts of the recession on young people could have damaging effects which are felt for a long time afterwards. Only recently, the OECD warned that high levels of youth unemployment are likely to leave millions of today’s young people worse-off in old age, and if young people are suffering from low incomes even after they do manage to find work then this is only likely to exacerbate the problem, as low pay will make saving for a pension seem even less affordable.

“All in this together?”

The new ONS figures raise a number of important questions for government policy. First and foremost, they bring the issue of how the government’s austerity measures have affected different groups within society back into sharp relief, as it appears that pensioners have been given special protection at the expense of people of working age.

The recent 2013 Autumn Statement, which was delivered by Chancellor George Osborne on Thursday 5 December, did almost nothing to address this imbalance. Indeed, pensioners were once again singled out for special treatment: the basic state pension was increased in accordance with the “triple lock” policy which the Coalition have introduced, meaning it rises by whichever is greatest out of earnings growth, inflation or 2.5%, while up-rating for most benefits for people of working age has been capped at 1% (meaning the value of these benefits is being cut in real terms), and at the same time the Chancellor confirmed that the basic state pension will be excluded from the new cap on the overall welfare bill which was announced to come into force in 2015.

While there were a few measures which were aimed at helping the young – including a move to enable employers to take on under-21s without having to pay employer’s national insurance contributions – overall young people were given little to celebrate. What’s more, further cuts (on top of those which have already been announced) appear to be inevitable if the Chancellor is going to achieve his stated aim of eliminating the primary budget deficit by 2017/18.

During his speech, Mr Osborne repeatedly invoked the idea of “hard-working families” as the group that he is trying to help with his policies – so let’s hope that he bears in mind the size of the burden which the ONS figures show they have already had to endure when planning future rounds of cuts, and looks towards other targets instead.