A new piece of research by the McKinsey Global Institute shows that young people who are trying to buy their first home are among the biggest victims of ultra-low interest rates. David Kingman explains 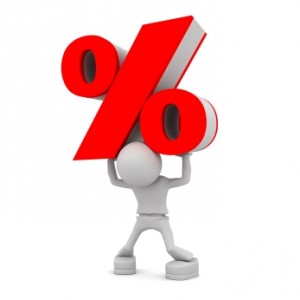 We all know that young people who are trying to get on the housing ladder in Britain today face a barrage of obstacles. Too little new housing is being built, especially in London and the South East; banks and building societies are reluctant to lend, resulting in them demanding very high deposits up front; and young adults, often burdened with high rent, student debt repayments and low disposable incomes, find it almost impossible to save.

These are some of the most obvious barriers which prevent young people from getting on the housing ladder. Yet there are subtler forces which are working against them too. One of these is the current situation where we have extremely low interest rates, as this blog will explain.

The era of easy money

Interest rates basically determine how cheap or expensive it is for different actors within the economy to borrow money. They are usually set by the central bank, which in the UK’s case is the Bank of England, and they are one of the key stimulus tools which the central bank has at its disposal to try and ensure economic stability.

In simple terms, if the Bank of England cuts interest rates then it becomes less rewarding for people to hold money in bank accounts (because it earns less interest) and cheaper for them to borrow money from other sources because the lenders will charge them less. Increasing interest rates has the opposite effect. Following a recession, such as the one the UK has just been through, central banks have traditionally lowered interest rates as a stimulus measure in order to get people spending again, as this will create jobs and boost production.

Since the worldwide financial crisis and recession which began in 2007, central banks in most of the world’s biggest economies have been pursuing a policy of maintaining ultra-low interest rates; the Bank of England has kept Britain’s at a record low 0.5% since March 2009, and they recently confirmed that they have no plans to increase them in the near future.

As this traditional method of stimulating the economy has enjoyed only mild success during the current recession, central banks have also taken to using more unconventional methods to try and boost the economy again. One of the most controversial of these has been so-called “quantitative easing” (QE), a policy under which the Bank of England prints new money to use to buy bonds from commercial banks, as a means of increasing the supply of money which is available within the overall financial system. Taken together, these policies mean that there is simultaneously more money floating around for people to borrow, and it is exceptionally cheap to do so – hence why some people refer to the present period as the era of easy money.

Any economic policy always creates different groups of winners and losers because people interact with the economy in different ways. A new report from the McKinsey Global Institute has attempted to analyse who specifically the winners and losers have been from the prolonged period of what it calls “ultra-low interest rates”, looking particularly at the different situations in the USA, the UK, and the Eurozone.

As you would expect, broadly speaking debtors have benefited from ultra-low interest rates while savers have been penalised. This means that governments have been the biggest beneficiaries: between 2007 and 2012, the governments of the USA, the UK and the Eurozone collectively saved $1.6 trillion in reduced borrowing costs. Non-financial business also did well, as they were able to save $710 billion in lower borrowing costs. McKinsey argues that the biggest losers have been ordinary households, because the majority of households are net savers (if you include pension savings, insurance policies and the amounts they have stored in bank accounts). Savers in these three regions have lost $630 billion in net income during this period.

When you add up the costs and benefits like this, it makes ultra-low interest rates sound like a terrible policy for the ordinary “man (or woman) in the street”, who is trying to do the right thing by saving, as they are being robbed blind to subsidise the fecklessness of spendthrift governments and corporations. However, this ignores how the three groups are all interrelated; the ordinary saver is also a taxpayer, who benefits from lower government borrowing costs if they mean the government needs to spend less tax servicing its debts. Similarly, cheaper debt enables corporations to invest and expand, meaning they can take on extra staff.

The most worrying finding by McKinsey concerned the impact of ultra-low interest rates upon UK house prices. Historically, house prices have risen as interest rates have declined, because this makes borrowing easier and means that more money is chasing the same number of available properties. McKinsey estimates that this could have added 15% to average house prices in the US and UK over the last five years, although given the tightness of supply in the UK property market, its impact could have been even more pronounced.

Cheaper borrowing ought to be good for first-time buyers, but banks and building societies are now so nervous about taking on bad debt that they will only lend to people who can provide a very large deposit up front – often 20–25% of the purchase price. This means that a young couple who are trying to buy a home for £200,000 in London would need to have £40,000 up front, putting property ownership out of reach for all but the most affluent (or those with the wealthiest relatives). For anyone trying to save towards a large deposit, low interest rates make everything more difficult because they mean their money grows less quickly.

Ultra-low interest rates also exacerbate the housing crisis in a different way. With the return on savings and most forms of investment at record lows, the people within society who do have money are having to look at alternative ways of generating a return. This is especially true of older people who are trying to build-up a nest egg for their retirement. What is the obvious solution? Buy-to-let property, because the costs of servicing a buy-to-let mortgage are currently very low, while at the same time so many young people are being forced to rent because they can’t get on the property ladder themselves. Some experts have even claimed that a buy-to-let bonanza is underway, because so many investors are finding that bricks and mortar are the only safe places to put their money. In a housing market where supply is as restricted as Britain’s, this squeezes out younger first-time buyers even more.

Young people who want to get on the housing ladder have clearly been some of the biggest losers from the era of ultra-low interest rates. Is there much hope for them in the future? Interest rates will have to rise at some point, although the Bank of England seems determined to hold firm until the rest of the economy picks up. It certainly looks like the era of easy money is here to stay – for some types of borrower, at least.