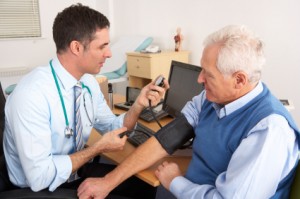 How big is the challenge posed by Britain’s ageing population? Not as great as we might fear, according to two new pieces of research which specifically look at how population ageing will impact on healthcare costs. According to their authors, demographic change is unlikely to act as a significant driver of rising healthcare costs in the future, contrary to what might be expected.

To anyone working in either the NHS or adult social care, this must sound almost too good to be true. But is it?

Population Ageing: the Timebomb that isn’t?

The first of these two studies was undertaken by Jeroen Spijker and Prof John MacInnes of Edinburgh University and published in the British Medical Journal under the title Population Ageing: The Timebomb that isn’t? Their central argument is that we ought to question the assumption that everyone over state pension age automatically becomes a burden on the younger generation, which is the traditional view on which the idea of the dependency ratio is based (the dependency ratio is usually expressed as the number of pensioners divided by the number of people of working-age, and is used to provide a basic measure of how much a society is ageing).

Across the Western world, societies appear to be ageing as their dependency ratios (in the traditional sense) are becoming less favourable. However, the authors argue that this is based on outdated assumptions, because of a number of influential social changes which have taken place. These include the rising number of people who are continuing to work beyond state pension age, which is currently around 1.5 million in the UK; the improving health of older people, which means that they require fewer healthcare resources during most of their old age, and the worrying rise in the number of working-age people who are classed as economically inactive, of whom there are now almost 9 million.

Instead, Spijker and MacInnes argue that a fairer way of measuring the dependency ratio of a society is to compare the number of people who are in the final 15 years of their life (according to assumptions about average life expectancy), because there is a body of evidence which shows that this is when the typical individual consumes the vast majority of their lifetime healthcare resources, and dividing this figure by the total number of people who are workers of any age. Using this measure, the ratio of old-age dependents to contributors has actually been improving over recent years in Britain and several other Western countries, and is forecast to continue becoming more favourable in the future.

Spending on health and social care over the next 50 years: Why think long term?

The other study, by health economist John Appleby, was published in January this year by the King’s Fund and is called Spending on health and social care over the next 50 years: Why think long term?

Rather than advancing a single theory, this study provides more of a broad overview about the funding challenges facing the NHS and the policy options which future governments will need to consider in order to mitigate them, drawing on a broad range of evidence taken from previous studies and work from other countries.

It makes the point that spending on the NHS is now over seven times higher in real terms than it was 50 years ago; if funding continues to rise at the same pace over the next half-century then Britain could end up spending almost 20% of its entire GDP on providing health and social care. However, the author thinks that population ageing will do relatively little to increase healthcare spending in the future, compared to other factors such as technological change:

“Increases in life expectancy tend simply to delay the time at which the health care costs associated with death are incurred rather than increasing these costs per se. This is an important point as it challenges the conventional thinking that spending on health care will rise inexorably as the population ages. In fact, the pressure to spend more will largely be driven by other factors.”

This argument – that ageing mostly postpones healthcare costs rather than increases them – is invoked repeatedly throughout the report, in addition to a large number of references to the concept of “healthy ageing”, which is that each successive generation will enjoy better health at advanced ages than the previous one did, i.e. tomorrow’s 75 year olds will be as healthy as today’s 70 year olds. The authors argue that between them these two effects should be sufficient to offset most of the increase in healthcare costs that you might expect to occur because of population ageing, although they still think that spending on the NHS will probably need to increase fairly dramatically because of other factors, such as the development of more expensive medical technologies, increasing patient expectations, and the healthcare sector’s history of low productivity gains.

So are these rather optimistic assessments of how Britain’s healthcare services can cope with an ageing population reasonable?

It’s important to stress that not all of the evidence is in agreement with this view. Most notably, the House of Lords Committee on Public Service and Demographic Change also looked at the impact of ageing on Britain’s health services in their Ready for Ageing? report which was published earlier this year, and reached rather different conclusions:

“The NHS is facing a major increase in demand and cost consequent on ageing and will have to transform to deal with this. Because of this rising demand, without radical changes in the way that health and social care serve the population, needs will remain unmet and cost pressures will rise inexorably. A rapidly ageing society means many more older people living for more years, often with one or more chronic long-term health conditions; a consequence of this and other pressures is a large increase in health and social care costs.”

Specifically, they argue that the treatment of people with multiple long-term conditions accounted for over 70% of total health and social care spending in England in 2010, so a large increase in the number of people being treated for these kinds of conditions implies a significant rise in total health and social care spending.

On health care, it’s also important to remember that even if ageing does postpone medical costs to a later point in the life-cycle, the fact that a very large cohort of people who are all of roughly similar ages (the baby boomers) are going to be ageing more or less at once means dealing with their needs could still put the NHS and social care systems under a great deal of strain.

On the issue of the dependency ratio, raised by the study in the British Medical Journal, it is also important to remember that all pensioners are to some extent dependent upon the state by virtue of the fact that they receive a pension. The important question is whether someone is a net contributor to the state’s coffers or a net beneficiary of public expenditure; and as the majority of pensioners are unlikely to pay enough in taxes to mean they are contributing more than they are receiving (even if they are still in work), the ageing of the population does imply an increase in public spending as a greater share of the people go from being net-contributors to net-recipients.

Ultimately, the House of Lords report concluded that population ageing will pose a very significant challenge to Britain which our leaders will have to meet over the coming years. While it would be nice to avoid having to deal with this challenge, it seems unlikely that our policy-makers will be able to get away with this forever.