Her Majesty’s Revenue and Customs has recently announced that it will target employers who offer internships to ensure they are paying the minimum wage. David Kingman reports 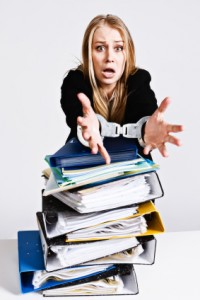 Campaigners against the exploitative use of unpaid internships recently enjoyed a major boost as Her Majesty’s Revenue and Customs (HMRC) have announced that they will launch a campaign targeting employers to ensure that their interns are given at least the minimum wage.

Although the widespread use of unpaid internships is now widely-recognised across a swathe of important industries, including the media, charities, PR and politics, this marks one of the first occasions where a government body has announced that it will investigate whether employers who offer internships are complying with Britain’s employment laws.

The government already provides a webpage which explains under what circumstances somebody is entitled to receive the national minimum wage. Legally, widely-used terms such as “intern” and “work experience” actually have no legal status, and someone who is undertaking a role which includes fixed hours and duties is likely to have a right to receive at least the minimum wage in the vast majority of cases. The only exceptions to this are when someone is doing an internship which lasts less than one year as part of a course at a higher or further education institution; or if they are under 16 and doing work experience; or if they are officially “work shadowing”, meaning that they are only in the workplace to observe someone else working without having any actual responsibilities of their own.

The rules surrounding the national minimum wage also contain an exception for charities, under which workers aren’t entitled to receive it if they are undertaking work on behalf of “a charity, voluntary organisation, associated fund raising body or a statutory body” as a volunteer and they are being paid “reasonable expenses”, such as travel or lunch. In theory, this is supposed to enable charities to accept help from willing volunteers without being legally forced to pay them a salary (which many charities, especially smaller ones, probably couldn’t afford to do). However, there is growing concern about whether this exemption is being exploited by major charities to enable them to take advantage of young workers who are trying to forge a career within the charity sector; a survey of the charity sector conducted earlier this year suggested that 30% of charities now use unpaid interns, up from 23% the year before.

The new pledge from HMRC will see them investigate 200 employers who have recently advertised internship placements to make sure that they are paying the minimum wage when they should be. Speaking to the BBC, employment relations minister Jo Swinson said the following:

“Not paying the national minimum wage is illegal and if an employer breaks the law, government will take tough action. Anyone considered a worker under the law should be paid at least the minimum wage, whether they are an intern, or someone on work experience.”

How can we improve internships?

HMRC’s new campaign should be welcomed, as hopefully this will deter companies from using internships in an exploitative fashion. This can occur when unpaid internships become the only way for young would-be employees to gain a foothold in the industry they want to work in, as under the worst case scenario they can end up being forced to spend over a year moving from unpaid placement to unpaid placement, effectively just being treated as a source of free labour which the employers would otherwise have to pay for.

All of this has a knock-on impact on the type of people who end up working in industries where unpaid internships have become the normal method of beginning a career, because clearly only people from wealthy backgrounds, who have other people to support them financially, can afford to work for free. It will have much wider social benefits for the entire British economy if employers are compelled to pay at least the minimum wage, as they will no longer effectively be able to discriminate against applicants with fewer means of support in this way.

However, it does need to be recognised that not all unpaid internships are exploitative. Some employers run successful short-term internship schemes which benefit the interns by equipping them with useful skills and experience, while enabling them to decide if the career they’ve chosen is right for them. Some employers, such as small charities and start-ups, might not be able to offer young people any opportunities to build experience at all if they always had to pay them the minimum wage. While employers shouldn’t be able to get away with exchanging paid, full-time workers with long-term unpaid internships – as seems to have happened in some industries – there is a case for allowing unpaid internships under certain conditions, where they clearly serve the interests of both the employer and the intern.

Rather than more government regulation, perhaps what we need is to establish some much clearer standards of best practice, possibly through a charter or some other similar arrangement. Internships have developed relatively recently as a form of labour relations, perhaps too quickly for society to fully understand what they involve. While it is a good thing that the government is trying to get on top of exploitation through this scheme, unfortunately they will always be playing catch-up until we have a proper idea as a society of what we want internships to provide.