Pension funds should be the natural investors in long-term infrastructure projects. So why aren’t they in practice? David Kingman explains 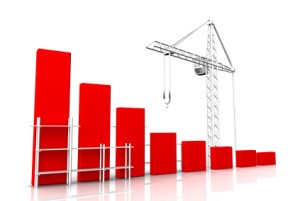 Britain has an urgent need for better infrastructure, yet precious little money is available to pay for it. Pension funds have lots of money, and need investments which can deliver returns over the long-term. You would think the two of them ought to go hand-in-hand – yet they don’t.

How much money do pension funds invest in infrastructure?

This was the finding of a recent survey by the OECD, which looked at how a set of some of the world’s largest pension funds in both the public and private sectors (with total combined assets of over $9.5 trillion under management) currently invest their money. Overall, they had less than 1% of their money invested directly in long-term infrastructure projects.

One caveat to this finding is that the OECD was only using a very narrow definition of infrastructure investment, which looked at how much unlisted equity the pension funds owned (i.e. the value of direct stakes which they’ve taken) in individual infrastructure projects,, and which didn’t include the value of the shares they hold in power companies and other listed businesses which are responsible for large amounts of infrastructure investment. However, much of the infrastructure which these companies own is the result of public spending in previous decades and – as the deal to build Britain’s new nuclear power station at Hinkley Point in Somerset shows – even when they are built by the private sector, major infrastructure projects still often require large amounts of public subsidy, so the shareholders are not providing much additional new capital.

A report published by the Labour Party earlier this year claimed that Britain is in danger of suffering from “infrastructure drift” because of the government’s failure to prioritise and deliver new projects, particularly in energy and transport. With public money still very tight, the government is keen for private investors to carry a greater share of the burden, but the OECD’s findings show that so far they have been reluctant to invest in these kinds of infrastructure projects (although the report does say that levels of investment in infrastructure appear to be increasing, albeit from a very low base).

From the pension funds’ point of view, they are looking for reliable sources of long-term income which will enable them to pay their members an income in retirement. As the report says, investing in new projects may not fulfil these objectives:

“For the majority of these funds the infrastructure strategy is to invest, on a global basis, primarily in unlisted equities and mature infrastructure projects. In general, pension funds prefer to invest in large, mature operating assets that already generate cash flow although they will evaluate and participate in greenfield projects on an opportunistic basis.”

So it appears that because pension funds need stable, long-term returns it may actually be better for them not to invest in a project until it is already established and generating regular income, rather than having to deal with the risk of providing initial capital to build something which is still only a hole in the ground, and might end up not being profitable.

Major infrastructure projects are also often politically controversial, which creates additional risk and uncertainty; no-one wants to put money in a project which could be cancelled as soon as the party that is currently in power loses office. The proposed high-speed rail link between London and the North of England is a perfect example – given all the uncertainty which has surrounded this project almost from the very beginning, can investors really be blamed for not wanting to put their money in?

The added risk of investing in projects which haven’t yet been built means that pension funds often require special expertise or advice in order to try and minimise their risk. This means either building up special expertise over many years (which requires a lot of resources, making it less attractive to smaller pension funds), or hiring an infrastructure fund to do the investing for them (in which case management fees would cut into their returns).

How can pension funds be encouraged to invest more in infrastructure projects?

There does appear to be widespread awareness within government that pension funds could be vital players in supplying Britain’s future infrastructure needs. In March 2012, ten of the largest UK pension funds came together to launch the Pensions Infrastructure Platform (PIP), which has said it could invest up to £120 billion in British infrastructure projects over the coming years, but so far progress with taking it any further has been slow. It is thought that as little as £2 billion may be all that has been invested so far.

Roger Mattingly, president of the Society of Pension Consultants, was quoted by the Telegraph as saying that the biggest problem has been a lack of suitable support from the government, who will need to tailor what they offer pension funds to make infrastructure projects more attractive. This may include having to offer special long-term “infrastructure gilts”, underwritten by the government, which would be liquid enough to enable the pension funds to carry on trading them if they need to release some money rather than having their resources permanently locked-up in illiquid assets.

Another option that has been proposed would be to create a national investment bank along similar lines to the European Investment Bank, which could borrow from pension funds and use the debt this created to absorb the risk of holding equity in infrastructure projects.

Britain clearly needs new infrastructure, and pension funds are constantly looking for better returns. It can’t be impossible to find a way of making them match.