David Kingman summarises the latest findings from the ONS, which show how life expectancy in Britain keeps going up and up 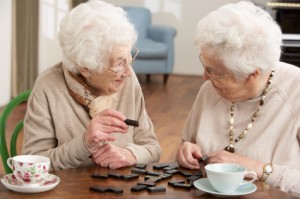 The spectacular gains in life expectancy which have been witnessed in Britain since the end of the Second World War show no signs of slowing down, according to the latest figures from the ONS.

Life expectancy at birth in England and Wales during 2010–12 was estimated to be 79 for Boys and 82.8 for girls, meaning the babies who are born today can look forward to leading longer lives than any previous generation in British history.

The figures also contained some interesting details which show how these gains in life expectancy have not been shared equally between everyone.

Here is an interesting question to start off with: how much does average life expectancy go up by each day?

The ONS says that over the last 30 years, male life expectancy at birth has risen by 4.6 hours per day for girls and 6.3 hours per day for boys. This is obviously not really an accurate way of thinking about how gains in life expectancy actually happen – they are usually the result of gradual, long-term trends, such as the decline in smoking and safety improvements which mean that fewer people are killed in car accidents – but this has been the net result of these trends when they are spread over the whole of the population.

The difference between how much boys and girls have gained each day also raises another interesting point. Women still enjoy longer life expectancy than men, but men have been catching them up. The ONS figures show that the gap was over 6 years in the early 1980s, but now it has gone down to less than 4 years today. To a large extent, this is because men now tend to lead healthier lives than they did in those days: they have benefited more from the decline in smoking than women because smoking was historically more of a male habit; they are less likely to be employed doing dangerous industrial jobs than in previous generations, and survival rates have improved for health problems which particularly affect men, such as heart disease. Professor Les Mayhew, of Cass Business School, has even suggested that life expectancy could equalise for men and women in around 2030, although no-one knows if that is biologically possible.

A strong North–South divide still persists in terms of who enjoys the greatest life expectancy, with many communities in the poorer parts of England and Wales still blighted by shortened lives (the maps in this article from the Daily Mail shows how life expectancy varies by Local Authority District).

The costs of increased longevity have to be borne by someone. Clearly, many individuals are suffering from the financial problems which come with living longer than they might have expected to. These have been exacerbated by the fact that the “longevity revolution”, as some people refer to it, has happened against a backdrop of a crisis in pension saving and a global economic recession. Research from the insurer Partnership found that 16% of over-50s surveyed doubted they could ever afford to retire, with 7% saying they had no pension savings at all; 71% said they would need to supplement their income in retirement, over half of whom planned to remain in some kind of paid employment during the years when they thought they would be retired.

Society as a whole will have to deal with a great many challenges as well. The House of Lords Select Committee on Public Services and Demographic Change, which was convened to examine the issue of population ageing and the effects it would have on public services, recently published its report entitled Ready for Ageing?

The committee argued that Britain clearly isn’t ready for the challenges that rising longevity will bring, which include almost 11 million people who can currently expect to have an inadequate income in retirement, a projected rise of over 50% in the number of people who have three or more long-term medical conditions between 2008 and 2018, and a rise in the number of cases of dementia in England and Wales of over 80% between 2010 and 2030.

Britain is capable of responding positively to these challenges, but they will demand bold reforms of our entire approach to how we deal with ageing as a society, particularly with regard to employment, housing, health, pensions and long-term care. Unfortunately, the current government appears to be backing down from this challenge, as it has refused to publish a green paper outlining its official response to the points raised by Ready for Ageing, which suggests that the politicians might be doing their best to kick the whole issue of ageing into the long grass. This is a pity because, as the ONS figures have shown, the questions raised by rising longevity are set to become more urgent.