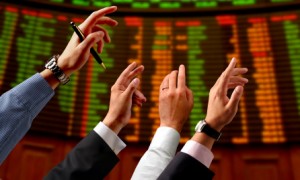 Stock markets are a vital feature of the global economy. They provide a means for companies to raise money by selling shares, allowing them to invest in expanding and becoming more productive. Buying shares enables ordinary citizens to become wealthier and lets them share in the proceeds of growth.

In theory, the stock market ought to prioritise long-term growth over temporary measures which only create success in the short-term. Most individual investors expect to have to hold onto their shares for a number of years in order to make a return, while large amounts of shares are held by long-term investment vehicles such as pension funds, who by their very nature have an interest in the value of their shares holding up over the long term.

However, a new book by the economist Andrew Smithers argues that the incentive structure of too many listed firms encourages their managers to place excessive emphasis on the here and now, rather than planning for where their companies need to be in the future.

In his book The Road to Recovery: How and Why Economic Policy Must Change, Andrew Smithers highlights a particularly worrying statistic: during the early 1970s listed American companies invested nearly 15 times as much of their revenue as they distributed among their shareholders, but this ratio has been falling steadily ever since and now stands at barely 2 times as much.

Andrew Smithers lays most of the blame for this change on the way that managers are rewarded these days. Executive compensation now largely takes the form of bonuses rather than salary. The value of bonuses is tied to the share price, which is strongly influenced by whether a company meets its quarterly earnings-per-share target. Giving money to shareholders boosts the earnings-per-share figure, whereas pledging money for future investments is likely to lower it. Therefore, managers have a perverse incentive not to invest in the future growth of their businesses.

A recent article in The Economist contained the following quote from the book’s author:

“The result of the increased importance of bonuses and the use of these measures of performance is that managements are now less inclined to take short-term risks, such as cutting profit margins, and more inclined to take the longer-term risks involved in lower investment and the possible loss of market share that will result from higher margins.”

This article also gives several worrying examples of academic studies which have identified a short-term bias among the managers of major companies, including a 2004 survey which found that the majority of managers would not go ahead with a profitable long-term investment project for their business if it meant they would miss their quarterly profits forecast.

Can we make the markets think long-term?

Here in the UK, policymakers have been concerned for a number of years about the culture of short-termism – which appears to pervade many important companies – especially as it is widely believed that the excessive focus placed on short-term measures of success may have contributed to the financial crisis.

In 2011, the government appointed Professor John Kay of the LSE to undertake a major review of excessive short-termism within UK equity markets. The results, published in July 2012 as The Kay Review of UK Equity Markets and Long-Term Decision Making, contained a number of interesting recommendations, most-notably scrapping cash bonuses for managers and abolishing quarterly results (Professor Kay argued that even having to publish annual results may be unsuitable for some companies which have very long-term investment cycles, such as property developers).

These findings appeared to find some favour with the Confederation of British Industry, whose director Matthew Fell provided the following response:

“Removing the requirements for quarterly reporting and short-term earnings updates will take away unnecessary distractions and help boards and investors focus on the long term…[although it is for] individual companies to decide their own pay strategy”.

Unfortunately, trying to align the long-term interests of both managers and shareholders is trickier than it might seem, as in his book Andrew Smithers also demonstrates that firms which reward their executives with share options tend to experience higher levels of short-term volatility over profits, because volatility makes the stock options more valuable. Changing the structure of compensation for asset managers by forcing them to take a share in the fund, – another one of the Kay Review’s recommendations – may also do little to improve the situation if it simply encourages fund managers to use dodgy accounting practices to overstate their success, another problem which Andrew Smithers emphasises in his book.

Major companies are so important these days that it’s vital they pursue strategies which can deliver growth both now and in the future. Unfortunately, in both business and politics, finding a means of rewarding decision-makers for sacrificing short-term results today in order to deliver long-term rewards in the future is one of the biggest challengers confronting campaigners for intergenerational fairness.