Writing to mark the 50th anniversary of the Robbins report, universities minister David Willetts has argued that British higher education needs to be radically expanded once again, explains David Kingman 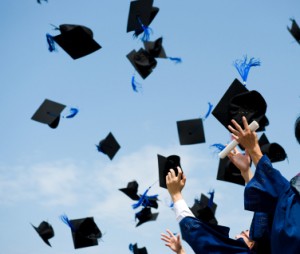 The Robbins Report, or rather the Report of the Committee on Higher Education, to give it its proper name, was an extremely influential policy document published in 1963 which argued for the immediate expansion of Britain’s higher education sector.

The committee, which consisted mainly of academics and civil servants – and is often referred to using the name of its chair Lionel Robbins, head of the economics department at the London School of Economics – had been charged with undertaking a review of British higher education in 1961.

The historical background against which the Robbins Report first appeared was very different to the higher education system which we have now. According to Willetts paper, during the 1958–9 academic year there were just 100,000 full-time students studying at universities in England, Wales and Scotland, compared to around 1.4 million today.

The most radical suggestion within the Robbins Report was that this should be significantly expanded in order to keep up with how demand would rise in the future, which was predicted to increase because of the 1960s baby boom.

The Robbins Report led to three key developments which are still part of the higher education system in some form today. Firstly, it played an important role in encouraging the creation of brand new universities to provide some of these additional places. This was extremely novel because many of the resulting new universities (such as Warwick and East Anglia) were wholly created through central planning by the Department of Education, rather than being founded as local colleges which then obtained full university status later on, which had been the normal process for creating new universities before this point.

Secondly, it led to the creation of the first joined-up university application service, the Universities Central Council on Admissions (UCCA), which later became UCAS, the system prospective students still use today. Before this prospective students had to make an individual application to each university which they wanted to apply for, but it was recognised that this system had become unwieldy as student numbers increased.

Thirdly, it was the Robbins Report which first established the idea that the state should provide a system for financially supporting all students while they were at university. Prior to this, students could apply to their local authority to be supported as “county scholars”, but this system was only accessible to about half the total number of students, and the sums awarded tended to vary significantly between different areas and often weren’t sufficient to enable students to live comfortably during their studies.

The Robbins Report recommended the creation of a nationwide system of grants to cover students’ living costs while they were studying, which meant that subsequent generations were effectively paid to go to university. Unfortunately, this system has since been dismantled, so that most student financial support now comes in the form of loans that must be paid back by the students once they have graduated.

Ultimately, the Robbins Report was a hugely significant document which shaped Britain’s higher education landscape for decades to come, which is why its 50th anniversary is being hailed as such an important milestone.

As a way of marking the 50th anniversary of the Robbins Report, the Social Market Foundation commissioned today’s universities minister, David Willetts, to write a paper of his own outlining his vision for the British higher education sector over the next 20 years.

Its most striking recommendation is that the British higher education system should create an additional 92,000 places during this period, to match the baby boom which took place in the early 2000s and because Britain’s economy will need even more highly-skilled workers in order to remain competitive in the future.

Willetts also says that he would like this expansion to be accompanied by a much greater focus upon teaching within universities, arguing that this has become less of a priority over recent years because most university funding and academic prestige is tied to academic research.

The recommendation that universities should expand immediately raises the question of whether Britain really needs this many additional graduates. He has little to say about how the extra places should be funded, although under the system which he himself has put in place this would imply a huge up-front cost to the general taxpayer in the form of student loans, which would then burden the graduates with a heavy additional tax throughout most of their working lives.

Given the questions that have been raised about whether too many young people are attending university, it might be argued that it would be better for Britain’s young people if the government focussed on improving the quality of apprenticeships for people who don’t enter higher education, which recent research from the Sutton Trust has shown is still all too often very poor.

In his defence, Willetts highlights research from his own department which, he claims, has shown that attending university had a generally positive effect upon someone’s quality of life, which includes giving them better health, a greater likelihood of social engagement and less chance of getting into trouble with the law – although how much of this is down to the fact that it is predominantly more affluent people who attend university is surely open to debate.

When it was first published 50 years ago, the Robbins Report famously stated that university places should be available to “all who were qualified for them by ability and attainment.” Five decades on, the questions of whether we should still be aiming for that outcome, and how we can make it a reality if we are, appear to be more complicated than ever.