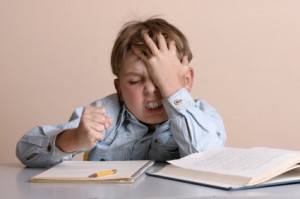 A new report from the OECD published on 8 October painted a damning picture of England’s education system, as it revealed two worrying findings. Out of the 24 OECD member states, young people aged 16–24 in England were ranked the 22nd worst for literacy and 21st worst for numeracy, based on the results of standardised tests taken by a sample of the population in each country.

The report also looked at how adults belonging to different age groups performed in the tests, and found that England was the only country in the whole OECD where the youngest age group did worse than the oldest one, those aged 55–65 – in other words, it appears that England’s young people are poorly educated compared to their peers in other developed countries, and that English education is getting worse over time rather than improving.

Is this a fair assessment? And what, if anything, can we do about it?

What were the OECD looking at?

The survey involved performing a standardised series of proficiency tests for literacy, numeracy and information technology skills on a sample group, which consisted of roughly 166,000 adults in total across all of the OECD member states. According to the report’s authors, the sample groups varied from as few as 4,500 adults aged 16–65 in some of the participating countries to as many as 27,300 in others.

It appears that what the tests were primarily trying to find out was the degree of sophistication with which participants could conduct cognitive analysis, using information presented in both written and numerical forms. For example, the results of the literacy test divided participants according to five levels based on how they performed; the report says that participants who achieved Level 4 or 5 (the highest) were able to “make complex inferences and evaluate subtle truth claims or arguments in written text” while those who achieved Level 1 or below could only “at best, read relatively short texts to locate a single piece of information that is identical to the information given in the question or directive or to understand basic vocabulary.”

The report’s authors placed a strong emphasis on the links they managed to identify between performing well in these tests and economic success. Returning to the literacy test, their analysis showed that, across all the countries in the sample, the median hourly wage of a worker who scored Level 4 or 5 was 60% higher, on average, than that earned by a worker who scored Level 1 or below.

Andreas Schleiche, the OECD’s deputy director for education and skills, argued that the performance of the English participants ought to be cause for alarm. Quoted in The Telegraph (see above link), he said the following:

“Young people in the UK lag considerably behind their peers in other countries when it comes to those foundation skills… You do have to conclude that young people are not any better skilled… than people in the older generation.”

The results found that almost a quarter of the English participants scored Level 1 or below in Maths, meaning they have the numeracy levels which you would expect to find in a 10 year-old. The proportion that scored equally poorly in the literacy test was lower – 16.4% – but this was still above the OECD average.

Overall, this report suggested that Japan has one of the most skilled adult populations in the world, alongside South Korea and Finland. This article from the Economist gives a detailed breakdown of how each country performed in terms of the proportion of participants scoring on each Level.

In terms of overall performance, the average results in England were better than those of a number of other developed countries, including France, Italy and Spain. To some extent the poor performance of England’s young people was counterbalanced by a strong showing among older participants – in particular, adults aged 55–65 actually scored the third best results in literacy and the eleventh best in numeracy. However, the declining performance among younger generations is worrying, if not a national scandal.

Although the report’s authors mostly shied away from trying to pinpoint causes, it does appear that young people performed worse in more unequal societies, including Britain and the USA, so the education system could be disadvantaging young people from poorer backgrounds disproportionately.

The encouraging lesson to draw from these findings is that they did show how a country can enhance its skills base relatively quickly. This was demonstrated especially by South Korea, where the oldest participants scored some of the lowest results across all the OECD countries, while the younger participants had some of the best ones. It’s worth noting that South Korea has witnessed extraordinary economic growth since the 1950s – the country is famous for becoming one of the only nations which went from being a net recipient of international aid during that period to being rich enough to become a net donor – but whether education reforms followed growth, or vice versa, is a question which is worthy of further study.

Fortunately, there appears to be no shortage of new ideas for how we could improve England’s poor performance in these rankings. At the recent Conservative Party conference, David Cameron heaped praise on Education Secretary Michael Gove for his bold reforms, including allowing people to open free schools and expanding academies (which began under the previous Labour government); meanwhile, an experiment which is currently underway at a school in Birmingham is trying to align what is taught in the classroom more closely with the vocational skills that businesses say they need young people to have before they can employ them (its success is already attracting attention among other schools in the area).

There is even some new research in the field of economics which suggests that a reform as simple as assessing who the best-performing teachers within a school are and making sure they are assigned to the weakest pupils can reap considerable dividends.

It is fortunate that so much energy is now going in to improving our education system, as the OECD came to a grim conclusion about what their survey had discovered:

“The implication for England and Northern Ireland is that the stock of skills available to them is bound to decline over the next decades unless significant action is taken to improve skills proficiency among young people.”