Brazil has the demographic profile of a young, fast-growing country, but its public spending priorities have more in common with the ageing nations of the rich world. David Kingman argues that something must be done if Brazil is to reach its full potential 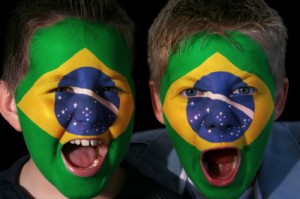 Brazil is often hailed as one of the best examples of a country where rapid economic growth has successfully pulled millions of people out of poverty. Its status as one of the world’s most dynamic emerging economies was emphasised in 2006 when Brazil became one of the four founders of the “BRIC” group of countries (alongside Russia, India and China) who look poised to dominate the global economy during the 21st century.

The future ought to hold no fear for today’s generation of young Brazilians, who should have an era of unprecedented prosperity ahead of them to look forward to. However, beneath the surface all is not well, and the country is still plagued by many problems. High inequality exists in many of Brazil’s cities, sharpening social tension between rich and poor; it remains notorious for poor infrastructure which puts a dampener on growth, while more still needs to be done to preserve the country’s vast rainforests if future generations are going to enjoy them. Earlier this year, protests over poor-quality public services brought thousands of citizens onto the streets, annoyed at the government’s decision to spend millions on hosting the 2014 football World Cup.

Recently, concerns have been raised over whether Brazil can actually deliver the era of prosperity which it appeared to be on the cusp of a few years ago, after three consecutive years of below-expectation GDP growth and rising debts. In addition to these economic woes, the country also suffers from a problem which is much more familiar to governments in the rich world – a swelling pensions time-bomb which needs urgent reforms if the Brazilians of tomorrow aren’t going to be left with a huge burden to pay off.

Why does Brazil have a pensions time-bomb?

As a recent article in the Economist emphasised, Brazil has one of the most generous pension systems in the world. Despite the fact that life expectancy has now risen to almost rich-world levels (77 for women and 70 for men), the average Brazilian retires remarkably young at 54 and draws a pension worth 70% of his or her final pay. This increases by at least the rate of inflation each year and also comes with extremely generous survivor benefits. Spouses or partners of deceased pensioners usually receive almost the entire value of their pension every year for the rest of their lives, even if their loved-one hadn’t yet started claiming the pension when they died. As a result, many pensions are paid out for much longer than the original worker spent being employed, and the generosity of survivor pension benefits has made marrying an elderly man such an attractive proposition that Brazilians refer to it as “the Viagra effect”.

The generosity of these pension schemes means that Brazil spends around 11% of its GDP on pensions, a much higher share than in countries with far less favourable demographic profiles such as Japan and Germany. Brazil is currently experiencing a “demographic dividend”: an era when a falling birth rate and low life expectancy among previous generations should mean that there is a surplus of people of working age relative to either pensioners or young children. Such as a scenario is especially conducive to economic growth because there is lots of cheap labour to go around and the workers have plenty of spare money which they can invest, making the economy more prosperous. However, this golden opportunity is in danger of being missed because the current generation of workers is transferring so much money to a relatively small generation of lavishly-supported pensioners, meaning it cannot be invested in other things. This situation is only projected to get worse between now and 2050, but reforming pensions is seen as a no-go area by Brazilian politicians, who in the past have been notorious for throwing more money at older voters before elections and then shelving any talk of reform almost immediately after them.

The world’s most intergenerationally unfair country?

Part of this is because teachers enjoy even more generous retirement packages than other public sector workers – many of them are able to retire at 50 and enjoy index-linked pensions worth almost their full salary until death. This deprives the teaching profession of skilled, experienced workers, and is also responsible for creating a vicious cycle in which pensions form a larger part of teachers’ overall compensation package, so salaries are low and qualified graduates tend to ignore the profession.

The imbalance in spending between the generations is exemplified by Rio state, which now spends more money paying the pensions of retired teachers than it does paying wages to those who are currently employed. This burden uses up all the money the state earns from its offshore oil fields, a one-off bounty which will one day be exhausted with little to show for it by way of investments that will benefit future generations.

With its population projected to start ageing over the coming years, Brazil’s moment in the sun as an emerging economy could already be drawing to a close. If that happens then future generations will be entitled to ask why the country didn’t do more to ensure the good times kept rolling –  a question that today’s older generation would have to answer.