With the current controversy over raising the US debt ceiling, David Kingman wonders if the UK should consider adopting one as well 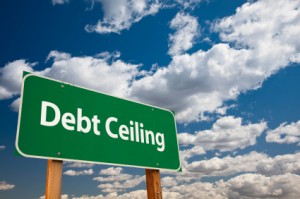 The American government, just like its British counterpart, issues bonds in order to plug the gap between the money it receives in income and what it spends on providing public services. As the USA has run a fiscal deficit in almost every year since 1971, these debts have built up and now form a considerable burden which will need to be paid off by future generations.

However, unlike most other countries, in theory future generations in the US are protected by a special legislative instrument called the debt ceiling, which is supposed to limit the federal government’s ability to raise excessive amounts of debt. Given the size of the national debt in the UK, it is worth exploring what this is and how it works in a little bit more detail, so that we can ponder the question of whether a similar measure might work here.

What is the US debt ceiling?

The American government first started issuing debt in 1790, but until 1917 the way the system worked meant that separate approval had to be granted by Congress every time it produced a new bond. This system was inefficient, and after America entered World War One the government began issuing so much debt that it needed a method which would enable it to do so more quickly.

However, the American political system revolves around a system of checks and balances which are designed to prevent any one branch of government – the executive, the legislature or the judiciary – from wielding excessive power. Therefore the debt ceiling was introduced as a way of enabling Congress to still retain some control over how much debt the government could issue, even though it would no longer examine every new bond issue in detail.

Ever since it was introduced, both houses of Congress have held an annual vote to raise the debt ceiling in order to enable the government to fund spending programmes which have been agreed to in the federal budget. The exception was the period between 1979 and 1995 when the “Gephardt Rule” (named after the politician who proposed it) decreed that approval to raise the debt ceiling would automatically be bundled with the main vote on approving the federal budget. However, this was successfully repealed at the end of this period, and the annual debt ceiling vote has been a subject of great controversy ever since.

How does the US debt ceiling work?

A somewhat curious feature of how the US debt ceiling works in practice is that it does not actually place a limit upon how much debt the US government can commit to take on in a given year; instead, it limits how much debt the US government can pay. This means that the government is free to allocate as many programmes as it wants to in the federal budget which would require an increase in the debt ceiling in the future, as long as the increase is granted before the point when the actual amount of US national debt would breach it.

Once the debt ceiling has been breached, the US treasury can longer issue any more debt until an increase has been voted for by Congress. However, the US treasury then adopts what are called “extraordinary measures” – this includes shuffling money between different government bank accounts, and suspending allocations to employee pension funds – in order to keep the government going.

What would happen if these extraordinary measures were exhausted, and the government actually ran out of money, has never been tested, but we may soon find out. During 2013, the US government hit its debt ceiling in May, and the extraordinary measures are expected to reach their limit on 17 October. If the debt limit is not extended then the US government would presumably default on its obligations – and nobody knows what would happen in such a situation because it has never occurred before, although the economic repercussions could be very serious.

Does the US debt limit protect future generations from being burdened with too much debt?

Although it is an interesting idea, there are a number of problems with the US debt ceiling which appear to prevent it from protecting future generations successfully.

First and foremost, the proof of the pudding is in the eating, and the US national debt has kept on rising over recent decades despite the presence of the debt ceiling. The current debt limit is a colossal $16.7 trillion (£10.5 trillion) and this was exceeded in May.

The bigger problem with the debt ceiling is that it has turned the issue of the US national debt into a political bargaining chip between the two main parties. Generally speaking, since the end of the Gephardt Rule in 1995 Republicans have threatened to vote against increasing the debt ceiling during Democratic presidencies unless the Democrats agree to cut welfare spending, while Democrats have used the same tactic to try to get the Republicans to reduce their allocations for defence spending.

In recent years – including at present – there have been a number of dramatic stand-offs between the two parties over increasing the debt ceiling. In 2011 the country came so close to defaulting on its debts that the USA’s credit rating was downgraded for the first time ever. It is widely-acknowledged that putting the risk of government default in the hands of argumentative politicians does a lot of damage to investor confidence.

Unfortunately, these periodic political crises over raising the debt ceiling demonstrate that they do little to encourage a genuine sense of concern for the long-term among America’s political classes, as both sides usually resolve the situation by cobbling together a short-term increase at the eleventh hour which merely postpones dealing with the bigger problems for a few more years. It also doesn’t include off-balance-sheet liabilities such as pension payments, which are often much higher than the headline figures for national debt and create a burden for future generations which is just as iniquitous.

Although the US debt ceiling definitely has the advantage of making the national debt into a higher profile political issue than it might be otherwise, all these other problems are a steep price to pay for that benefit.

In conclusion, although we need to find some means of ensuring that the interests of future generations are recognised in today’s political debates, a US-style debt ceiling ultimately has too many other problems to be a viable solution. Finding a means of getting today’s politicians to genuinely think about the longer-term remains one of the key challenges for intergenerational fairness, but there has to be a better solution than this one.