The latest headlines about Wonga have caused Christopher Daley to reflect upon the way in which personal debt has become a dangerous part of our culture, with particularly serious implications for the younger generation 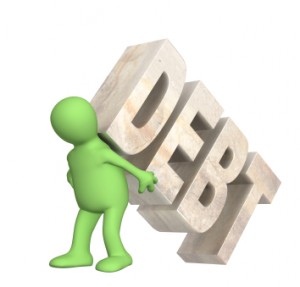 As the United Kingdom stutters out of a prolonged recession, the government has been quick to take credit for supposedly holding a steady course through a ferocious storm and emerging with the prospect of renewed GDP growth. However, against this narrative one should question whether the government has learnt from the financial crisis or if the current upsurge in growth is a result of reigniting the debt-driven policies synonymous with the boom years in the early part of the last decade.

While government debt remains stubbornly high, a selection of economists continues to point to Britain’s high levels of private debt as a signal of a dysfunctional economy. Broadly speaking, there seems to be a disconnect between a rise in food, utilities and property prices on the one hand with a continual stagnation in wages and persistently high levels of unemployment and underemployment on the other. With these conditions in mind, it seems appropriate to ask how Britain’s sudden return to growth is sustainable, especially when set against persistently high debt levels which bear down upon younger generations.

The economist Ann Pettifor recently remarked that Britain has an “Alice in Wongaland“ economy where household deleveraging has been abandoned and replaced by government-aided attempts to re-inflate property bubbles which “encourage already-indebted consumers to borrow more”. This prescient analysis builds on her 2006 book The Coming First World Debt Crisis in which she articulated how the boom years preceding the financial crash were built upon unsustainable levels of household and private debt. In labelling Britain in 2013 as an “Alice in Wongaland” economy, Pettifor is therefore spotting correlations between the current economic landscape and the situation which existed prior to the crash of 2008. In effect, Pettifor’s heterodox position amounts to an important challenge to the government’s economic policy, asking: who, in the long term,benefits from the re-inflation of a debt bubble?

One answer, embedded within Pettifor’s “Alice in Wongaland” phrase, suggests that the beneficiaries have been the increasing number of payday loan companies who are thriving as the consumerism synonymous with the boom years continues to be encouraged regardless of falling household incomes. The most famous of these payday loan companies, Wonga, recently announced pre-tax profits of £84.5 million in 2012, representing a rise of 35% on the figure from 2011. There have been subsequent discussions about the morality of payday loans, however, their presence on football shirts (Wonga recently signed a four-year sponsorship deal with Newcastle United) and prime time television advertising demonstrate a broader cultural attempt at normalising particular forms of short-term credit as a viable resolution to inevitable shortfalls in wages.

Indeed, the Resolution Foundation’s report Low Pay Britain 2013 explains that the fall in salaries has been ongoing since before the financial crisis of 2008 and this downward trajectory is projected to continue. They note that “the median salary in Britain is now estimated to stand at around £21,300, some £3,300 lower than its peak in 2005–06” (p.11).

Crucially, the Resolution Foundation also states that the young are the most likely to be poorly paid, with 78% of 16–20 year-olds and 38% of 21–25 year-olds working in low pay positions (p.16). In the context of these findings, it is notable that Wonga’s founder and chief executive, Errol Damelin, recently defended the company by evoking the youthful nature of their customer base, describing their typical customer as “young, single, employed, digitally savvy and can pay us back on time”. This raises interesting questions about whether there is a relationship between low pay among today’s young people and the growth of payday loan companies, and while it is not possible to categorically link young people in low pay with the clientele of Wonga, Damelin’s remarks do highlight why members of the younger generation may increasingly be tempted by payday loans.

While the continual acquisition of short-term debt in the form of credit cards and payday loans is deeply problematic in the context of falling wages, the increasing cost of housing is also leading younger generations to expect to take on large levels of mortgage debt. Again, there is a concern here that the current low interest rates will tempt many first-time buyers into overstretching themselves in order to secure a home, as noted in a recent article in The Guardian. This logic of taking on high loan-to-value mortgages needs to be questioned, especially when another study from the Resolution Foundation has estimated that “the number of families in Britain with perilous levels of debt repayments could more than double to 1.2 million if interest rates rise faster than expected in the next four years and household income growth is weak and uneven”.

This would include many current mortgage holders and potentially those who are hoping to purchase a house in the coming months. Yet despite these warnings the Chancellor, George Osborne, remarked in a recent speech that “90% and 95% LTV mortgages are not exotic weapons of financial mass destruction – they are a regular part of a healthy mortgage market and an aspirational society.” This, once more, seems to represent an attempt to normalise high levels of household debt, which will predominantly be taken on by younger generations. Set against a terrain where many people are experiencing declining pay, insecure work and high living costs, Osborne’s comments on the supposed virtue of large mortgage debts seem at best naïve, and at worst reckless.

There has been considerable debate about student loans following the increase in fees to £9,000. Politicians have been quick to note that repayment does not commence until a graduate is earning over £21,000 a year. Nonetheless, as was revealed by The Guardian in June 2013, there have been secret discussions within government about the prospect of increasing interest rates on student loans in order to entice investors who may be contemplating purchasing the student loan book. With this in mind, the words of Société Générale’s Albert Edwards seem particularly apt. In criticising George Osborne’s “Help-to-Buy” scheme, Edwards has argued that younger generations in Britain are being forced into “indentured servitude” by taking on mortgages on housing that the OECD has declared to be 21% over-priced when compared to incomes, whilst at the same time servicing large student loan debts. By even contemplating the prospect of an increase in student loan interest rates, the government is, once again, looking at the prospect of penalising the young through the burden of higher personal debt.

The combination of low wages, accelerating house prices and debt obligations has left younger generations in a perilous financial position. The debt levels faced by young people wishing to attend university or buy a house would have been considered unimaginable twenty or thirty years ago, but it is a worrying reality for many especially in an era of low wages, declining pension provisions and insecure jobs. The young, policy-makers and older generations alike need to contemplate the broad-ranging consequences of high levels of personal debt and look at long-term, sustainable solutions rather than short-term fixes determined by asset bubbles and consumer credit.