Children in the developing world are likely to be some of the biggest victims of climate change. Angus Hanton explains 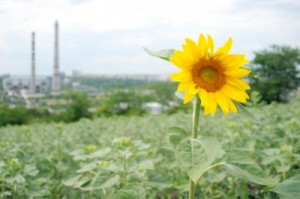 People are increasingly aware that our release of greenhouse gases and burning of fossil fuels are unfair to future generations, but there are specific reasons why younger people can argue that climate change is more unfair on them. Whilst they have done least to contribute to the release of greenhouse gases, as a group they are also likely to be much more affected than older people.

Unicef has recently argued that some of the countries that are most vulnerable to climate change include Bangladesh, India and Pakistan, which are home to  620 million children (under 18s) between them. These young people are more at risk than adults from malnutrition, the effects of migration and soaring food prices: they are more likely to succumb to disease and to suffer in other ways because they have fewer resources. Unicef also emphasised that, if heat waves are likely to increase in both frequency and intensity, small children are more likely to die from heatstroke as a result. David Bull, Unicef’s UK director said, “the world’s children are threatened and their health, wellbeing, livelihoods and survival are compromised.”

Last week’s report by the Intergovernmental Panel on Climate Change warned that we are now almost certain to see an increase of at least two degrees in temperature, a shrinking of the Arctic ice cap, a one metre rise in sea levels and extreme rainfall by the end of this century. But it is today’s extreme weather events that seem to bring home to ordinary people that the world is changing fast – for example, the 2012 drought in Russia cut the grain harvest by a quarter, and the worst drought in 50 years in the US mid-west led to a 40% increase in maize prices. In Pakistan floods destroyed 1.4 million acres of crops and in some areas over 80% of food reserves were lost.

Maybe the arguments about the effect on today’s children are even more appealing to policy-makers than the case for unborn generations: a baby born this year will be 17 in 2030. Thinking of that child, Jason West (a climate change researcher at the University of North Carolina, Chapel Hill) has recently claimed that one can argue in favour of controlling climate change purely on health grounds. His work looks at how many premature deaths could be avoided through climate control measures and he calculates that by 2030 about 500,000 deaths could be avoided if some of these measures were taken now, such as cutting CO2 emissions. West calculates the likely costs and benefits in monetary terms and shows that the likely health benefits significantly outweigh the costs of cutting carbon emissions – the value of cutting emissions could be £240 per tonne which is much greater than the cost of cutting these emissions. These cost-benefit figures are particularly striking in China and East Asia where the value of health gains may be up to 50 times the cost of reducing emissions.

As Tim Gore of Oxfam says, “a hot world is a hungry world”, suggesting that David Bull of Unicef is right: in considering climate change, we should be listening to the world’s children.