The government has recently confirmed its plans to privatise Royal Mail, one of the largest government sell-offs in a generation. But is what they have done with its pension fund intergenerationally fair? David Kingman investigates 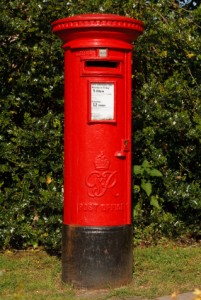 On 12 September, the Coalition Government confirmed that it will finally go ahead with the long-mooted privatisation of Royal Mail “in the coming weeks.” This is one of the last major state-owned firms to be privatised, and in many ways the move can be seen as a natural continuation of the process begun by the Thatcher and Major administrations during the 1980s and 90s, which were keen to encourage privatisation as part of a Conservative ideological project to shrink the size of the state.

The company has been valued at around £3 billion, and the privatisation may well prove to be very successful. However, it raises some interesting questions about intergenerational justice, specifically to do with its pension fund. Arguably, this privatisation has only been made possible because the UK government has agreed to absorb the liability of paying pensions to Royal Mail’s former employees, effectively placing that huge potential cost in the public domain, to be met by future taxpayers, and taking that burden away from future shareholders to make Royal Mail more attractive to investors.

The story of the Royal Mail pension fund – officially known as the Royal Mail Statutory Pension Scheme (RMSPS) – is a familiar one to those who follow the UK pensions landscape.

Historically, Royal Mail employees were offered pensions through a defined benefit (final salary) scheme, which promised to pay them – every year for the rest of their lives –  a certain proportion of whatever their salary was at the point when they retired.

As has been well-documented, defined benefit schemes have gone into steep decline in the UK over the last two decades, as businesses have found that the costs of people living longer in retirement (as well as other factors like low interest rates and regulatory changes) have made them too expensive to run.

Despite the Royal Mail technically being in the public sector, its pension scheme was not run in a similar way to other pension schemes for public sector workers, which are paid for directly out of general taxation. Instead, it was supposed to be funded by contributions from workers and the growth in the scheme’s assets, with the company being liable to pay for any shortfall out of its own revenue. However, as the expense of funding the pension scheme grew, a deficit built up between its assets and liabilities which eventually dwarfed the actual value of the company.

In 2010, the value of the deficit between the scheme’s assets and liabilities had widened to a colossal £8–£10 billion. That year, Royal Mail had to inject £867 million of its own money into the scheme in order to help it keep up with pension payments to existing retirees, despite the company, making a trading loss of £262 million that year. This was a major headache for the government if they wanted to privatise Royal Mail, because even if the company could be turned around so that it became profitable again, the huge millstone of pension liabilities meant that no sensible investor would be likely to go near it.

Despite following a rocky road along the way, the Royal Mail has now returned to profitability thanks to aggressive cost-cutting and restructuring by its management, priming it for privatisation. This left the pension fund deficit as the only barrier to it being sold off, so the government finally decided to address this problem once and for all. During his 2012 budget speech, Chancellor George Osborne announced that the pension debt was being nationalised.

Or rather, he didn’t. What he chose to emphasise during his actual speech was that the government would be absorbing the £28 billion worth of assets held by the pension scheme, which it could use to pay down the national debt. The fact that this move also meant future taxpayers would be liable to the pension scheme’s liabilities – estimated at £37.5 billion – was (deliberately) left unsaid. Below is the text from the relevant section of his speech:

“The transfer of the £28 billion of assets from the Royal Mail pension fund to the Exchequer will free it from its crippling pension debts, ensure the pensions of hard-working staff are paid and help to bring in new private sector investment. Some would have been tempted to spend the windfall. I do not propose to spend it. Instead, I have used it to pay off debt.”

This only represents a “windfall” for today’s taxpayers, but it is completely the opposite for future generations. Part of the reason why this wasn’t clearer at the time is that accounting conventions enabled the government to show the assets from the Royal Mail pension scheme as income on the government balance sheet (meaning they could be used to pay down the debt), whereas the additional liabilities are “off-balance-sheet”, so they are not added to the official national debt – even though to all intents and purposes they are another unbreakable financial commitment which future generations will have to respect.

Paradoxically, the Conservatives themselves criticised the Labour party for planning a similar move while they were in opposition before the last general election. Back in 2008, Alan Duncan, the then shadow business secretary, explained the implications of such a move in far less glowing terms than those his party colleague would use four years later during his budget speech:

“I fear the [Labour] government is going to steal £22bn of pension assets, dump the liability as a mortgage on future generations and dress it up as the salvation of the Royal Mail. Their plan to steal the pension assets to help reduce their borrowing figures while taking out a massive mortgage to cover Post Office pension liabilities for 50 years is nothing more than a massive accounting scam.

Not only will this plan pile debt onto debt for families and businesses, but it will completely remove the Royal Mail’s commercial incentive to modernise and reduce its deficit. This dangerous plan must be resisted.”

Do they care about future generations?

The disregard for the interests of future generations being shown by the politicians (not to mention the accompanying cynicism and opportunism) is repugnant. Not only are future taxpayers being committed to pay the pensions of retired Royal Mail workers over the coming decades, but changes to the scheme mean that access to defined benefit pensions has now been closed to younger employees, creating further intergenerational unfairness.

According to the scheme’s accounts for 2012–13, which are available online, the public had to provide at least £1.2 billion worth of funding for Royal Mail pensions during the last financial year, a figure which is likely to rise sharply over the years ahead (although the scheme has been closed to new members, there are still over 900,000 who are not yet claiming their full pension).

Given that the state already has over £5 trillion worth of pension liabilities which future citizens will have to deal with, it must be hoped that, in the future, politicians will be less cynical about adding to this figure in return for short-term gains. Clearly, given the way in which they have handled the Royal Mail pension fund, taking account of future generations doesn’t seem to be a priority.