Wonga.com, the controversial payday money lender, has recently released a set of statistics showing that the majority of its customers are young adults. David Kingman ponders what this means 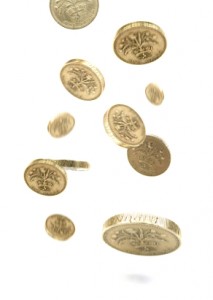 Would you borrow money from someone who was trying to charge you 5,800% in interest? Probably not, I would imagine. Yet Wonga.com, the controversial “payday loan” specialists, recently released new data that showed they have successfully convinced large numbers of people to do just that, and are making huge profits from doing so.

One of the striking features about this enterprise is that their customers overwhelmingly belong to the younger generation: over 68% of them are under the age of 34. In order to understand why this is, we need to take a deeper look at what exactly Wonga.com is, how it works, and what this says about the problems facing today’s young people.

Wonga.com is the largest and most successful of the new breed of so-called “payday loan” companies which have sprung up in Britain over the past few years. Led by a South African entrepreneur, Errol Damelin, and reportedly backed by Silicon Valley venture capitalists, the firm lends its customers relatively small sums of money for short periods of time at very high rates of interest.

As has been much-quoted in the media, the typical APR on a Wonga.com loan is somewhere around 5,800%. However, in fairness this is actually an extremely misleading figure; the APR (annual percentage rate) refers to the percentage interest which a borrower would be charged if the repayment period for their loan was extended to cover an entire year. Wonga.com is designed to provide relatively expensive loans for short periods of time; the maximum period a first-time borrower can borrow for is just 30 days. Therefore, nobody will ever be charged a figure as high as the APR suggests, because nobody is allowed to borrow a single loan over such a long period of time (the firm provides a handy Youtube video to explain this point).

As the stats provided in the link above show, the typical Wonga.com borrower borrows £180 for a period of 17 days. When you type in how much you want them to lend to you on their website, the firm immediately tells you how much that would cost, including fees and interest, as a simple sum in pounds and pence; borrowing £180 for 17 days would have a total cost of £217.04, as the interest would come to £37.04.

The firm is keen to emphasise how slickly they operate in everything they do. Taking advantage of modern technology is a central theme of their business; the company even prefers to be known as a technology company rather than a money lender. Loans can be “ordered” through their smartphone app, and arrive in the borrower’s bank account within 5 minutes of the money being requested.

Once you have entered your details, the firm uses a secret mathematical formula to assess whether they can lend to you; they boast that this enables them to approve any loan within a maximum time span of 15 minutes. Two-thirds of all borrowing applications are rejected. An important point is that Wonga.com apparently has zero leveraging – all of the money it lends comes directly from its investors, so unlike many of our other financial institutions, the taxpayer won’t be called upon to bail them out if they lend to too many people who can’t pay them back.

By the same token, the justification from their very high interest rates is that they lend much more readily than other financial institutions, demanding less evidence from the borrower about the ability to pay, or collateral. In other words, their risk is much higher.

What does Wonga.com say about young people?

As mentioned above, the company is hugely successful. As the Independent article in the above link says, last week they announced a profit of £62.5 million after tax. Their revenue was apparently £309 million, giving them a profit margin of 20% – a very impressive figure, especially during a recession.

Yet their growth has not come without controversy. Along with other payday lenders, they have been accused of effectively acting as loan-sharks, taking advantage of borrowers who cannot get credit elsewhere, and trapping them in loans which swiftly become unaffordable as the interest mounts up. Their marketing strategy has proved especially contentious, particularly their sponsorship of several high-profile football clubs (including Premiership team Newcastle United) who are watched by millions of families and children. The Archbishop of Canterbury, Justin Welby, announced earlier this summer that he wants the Church of England to effectively compete the payday lenders “out of existence” by supporting credit unions which are backed by the Church.

But why do young people appear to be drawn to Wonga.com in such large numbers? In a recent article for Channel 4 News, Errol Damelin suggested a number of possible reasons.

Firstly, he argued that there has been a generational shift in which young people simply expect to do everything faster than their parents did, and that includes borrowing money; they appreciate Wonga.com for its ease-of-use, slickness and accessibility. Secondly, he argued that Wonga.com is often a sensible choice compared to other forms of borrowing offered by more traditional lenders, which can often be just as expensive without being as flexible or transparent, such as unauthorised overdraft fees or borrowing cash on a credit card. Thirdly, he thinks that young people prefer to have short-term debts now that that they have such large student loans to pay off, as they don’t want to add to their long-term debt pile.

These arguments may sound self-serving, and in a sense they are. Yet Wonga.com has now served 7 million UK customers, and as the author of the above article, Faisal Islam, points out, they can’t all be stupid or financially illiterate. Perhaps the more significant question we need to ask is why do so many young people need to borrow money in the first place?

This is a more complex issue, involving a broad range of other factors. Low pay is a major problem facing the younger generation; a recent report from the Resolution Foundation think-tank showed that 37% of those aged 16–30 earn less than £13,500 per year (this figure is equivalent to two-thirds of median hourly wages in Great Britain, which is the official definition of being in low-pay). Meanwhile, housing costs continue to soar, especially in the south east of England (data from Wonga.com shows that almost a third of their customers come from this region), so is it surprising that so many young people need to turn to Wonga.com and their ilk as a bridging strategy before payday?

Of course, as Faisal Islam notes in his article, addressing these issues will require far more effort from our moral and political leaders than simply bashing the payday lenders over their rates of interest. Whether they are capable of offering today’s young people a better future by rising to that challenge is something we will see over the coming years.