Local authorities have recently been advised by central government that they need to build more bungalows to cope with the ageing population. David Kingman reports… 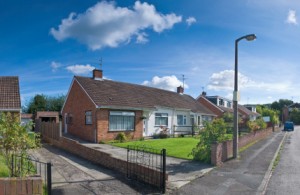 Here is an interesting question for you to ponder: if you had a completely free choice, what type of home would you choose to live in? A castle? A Victorian townhouse? A new-build flat?

This question has been asked in a number of nationwide surveys looking at peoples’ housing preferences, and the answers they gave may seem surprising. According to a report from Policy Exchange entitled Housing and Intergenerational Fairness (published in April of this year), the most popular type of housing is actually the bungalow. A MORI poll conducted in 2002 found that 30% of people would prefer to live in a bungalow if they had the choice, and the preference is even stronger among older people. These findings have since been confirmed by several subsequent pieces of research.

The unexpected popularity of the bungalow raises a number of interesting questions for the UK housing market – questions which have become even more important in light of recent policy changes which could mean that more of them end up being built.

The decline of the bungalow

Of course, people usually only have quite a limited choice when it comes to what type of housing they live in. The most obvious constraint is that they have to live somewhere they can afford, which in an era of rising house prices has meant many of us now have much less space than we would like – Britain now has some of the smallest newly-built homes in Europe, and the problem of shrinking homes has got so bad the government is planning to take action against it.

People also usually want to live in a particular area to be near their friends and family, or so they can be close to their job, which means they are often stuck with whatever type of housing is available there. A notable flaw with the British housing market is that it is not very good at giving people what they want; numerous surveys have shown that the majority of tenants would prefer to be able to buy their own home, while a study produced by the OECD in 2011 (The Price Responsiveness of Housing Supply in OECD Countries) found that the housing supply in the UK is less responsive to demand than in most other developed countries.

Bungalows have been a particular casualty of Britain’s lack of flexibility over the supply of housing. Owing to fears of using up too much of Britain’s green and pleasant land to build houses, as well as the need to regenerate more brownfield sites, government planning policy for a prolonged period has sought to create more housing at higher densities. The current national planning framework handed down to Britain’s local authorities by the central government calls for new housing to ideally be built at a density of at least 30 dwellings per hectare; this focus on higher densities has led to more blocks of flats and identikit suburban developments being built, but has been the enemy of the bungalow.

Only 2% of all houses that were given planning permission during 2012 were bungalows – 1,700 new homes – compared to more than 27,000 bungalows being built each year during the 1980s. Pre-existing bungalows have often been targeted for demolition in recent years so that the land they occupy can be re-used for new developments at higher densities. Some estimates suggest that there could be as few as half a million bungalows left in the entire country. However, if the government gets its way this could be about to change.

According to a recent article in the Daily Mail, local authorities are about to be issued with new advice instructing them to build more housing which is adapted for older peoples’ needs. It is projected that over the next 20 years or so, half of all the new households created will be over-65, and the new advice warns councils that the supply of new housing needs to reflect this trend:

“The need to provide housing for older people is critical given the projected increase in the number of households aged 65 and over.”

Local authorities are now being told to encourage the development of greater numbers of bungalows, in addition to retirement villages and developments of sheltered and supported housing. The planning minister, Nick Boles, gave the following quote:

“We must build more homes or suitable accommodation for older people if we are to avoid problems further down the track...We’re all living longer and there will be a big rise in the number of older people in future years. Making sure councils plan for this and for enough suitable homes like bungalows in their area will help ensure the ageing population can live in the places they want and enjoy their retirement.”

Could this help young people too?

Although it is primarily aimed at assisting older people, this policy shift could well turn out to be beneficial for younger people too.

This is because housing is closely tied to a person’s life-cycle. Generally speaking, when someone is alone or co-habiting they need a relatively small amount of space to themselves, but their housing needs then increase once they start to have children and get involved in permanent relationships; they typically need additional bedrooms and a bigger garden. Once someone reaches old age, their children have usually left home, and it may no longer be economic for them to pay for all the bills and upkeep costs which living in a larger home entails; they may even start to develop health problems which mean they need some form of supported housing.

Therefore, a well-functioning housing market should enable people who can afford it to trade up to larger houses while their housing needs are growing and then downsize once they feel it would be beneficial to do so. However, Previous research undertaken by IF (Hoarding of Housing: The intergenerational crisis in the housing market) has shown that Britain could have 25 million “missing” bedrooms in houses which are being under-occupied because not enough older people are downsizing, creating a bottleneck in the housing supply which makes it harder for younger people to move into family-sized homes.

This is partly because the large baby boomer cohort, which is now ageing, came of age during the years when Britain was building many more houses than it is now, so the market was able to respond to their need for family-sized homes. However, as we have now had an extremely inflexible supply of new housing for over 20 years, the market is not responding to their need for properties which are designed for older people to downsize into. If the government’s new planning regulations lead to more older people downsizing then more of us might get to live in the kind of homes we actually want to live in, which would be a better outcome for all of us, young and old alike.