Matt Hitchens looks at the Japanese demographic situation, and asks what Britain can learn from Japan’s experiences 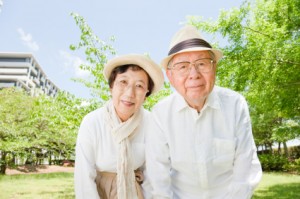 In 2012, Japanese over-65s made up a record 24% of their population; it is projected that Britain will reach, and probably surpass, this figure by 2030. Japan’s baby-boomers are nearing retirement; so are Britain’s. Japan’s young are facing serious challenges in the near future; so are Britain’s. And the two nations, historically and geographically, have a lot in common. It is clearly worth, therefore, looking closely at the picture of aging in Japan, and seeing what lessons, if any, can be drawn from their experience.

Japan’s demographic story is similar to many other industrialised nations – following the challenges of the Second World War (which is known as the Great Pacific War in Japan), when average life expectancy was around 50, Japan experienced a baby-boom, which fuelled its economic growth and rapid urbanisation. Life expectancy has steadily risen, now towering at 79 for men and 86 for women (according to the World Health Organization). Simultaneously, the birth rate has fallen, with 2012 hitting a record low of just over 1,000,000 live births. The marriage rate has declined sharply; the divorce rate has risen; suicide rates are the second-highest worldwide; and the age at which children leave home is higher than in most of Western Europe. All together, these demographic trends have led to an ageing, declining population with an ever-shrinking labour force.

The changes which have caused these impacts are not, on the whole, bad things: high life expectancy is certainly a positive, and a low birth-rate is usually an indicator, as it is in Japan, of a better-educated population taking more proactive birth control measures, or women putting off having children in favour of their careers. Furthermore, the declining marriage rate can be largely put down to women rejecting traditional gender roles and taking more control of shaping their own lives, a change this blogger believes should be universally applauded. But the picture is not a rosy one overall, and especially not for Japan’s young people.

Indeed, there will be all sorts of social problems facing the youth of Japan over the next few years. An aging country, in which pensioners may soon make up more than 40% of the total population, means a much heavier tax burden on the young, who will have to foot the bill for pensions, healthcare, nursing and so on. Low marriage rates, and subsequent low birth rates (as birth outside wedlock is still taboo in Japan) has led to the breakdown of family units, and more people living with their parents than ever before. Massive rental costs, in big cities particularly, have pushed people further and further from their places of working, making Tokyo-Yokohama a massive area of urban sprawl where two-hour commutes are not uncommon.

Economically, the Japanese situation is not intergenerationally fair either. Japan has the highest headline debt-to-GDP figure of any developed country, at over 200%. Though this hasn’t yet led to Greek-style economic turmoil, as markets have retained their confidence in Japan as the world’s third biggest economy, unless there is a systematic change the debts will need to be paid; undoubtedly by future generations or possibly by today’s young. Years of deflation, including the infamous “lost decade” of Japanese growth, has also been harmful to young people – as older people are, on average, net savers, and young people are net borrowers, deflation is essentially a transfer of wealth from the young to the old. Some argue that deflation is the goal of the Bank of Japan, but it is true that deflation has been an additional problem for the Japanese young.

So what can Britain learn from the story of Japan? Firstly, it’s worth pointing out that there are several differences between the two island nations. Britain hasn’t had a deflationary period of particular note, and the current inflation, though above the Bank of England’s target, is a good way of redistributing wealth from the old to the young. Further, Japan, for a variety of cultural, historical and political reasons, has a very low level of immigration and a small immigrant population. Only 1.5% of the population is non-Japanese, and of this close to 90% is Chinese or Korean. Britain has a much higher rate of immigration than Japan, and although immigration remains an on-going source of controversy, this is good for Britain’s demographic outlook as the British labour-force is swollen by working-age immigrants.

But there are lessons to be learnt, and learnt fast. Firstly, and most urgently, steps need to be taken to avoid us ever reaching a Japan-style economic crisis – raising the pension age, introducing a land tax or means-testing certain key benefits would all help. Furthermore, we need to prepare ourselves for the new demographic structure, and consider what it will mean for our young people. Many Japanese problems come from high-density living – so perhaps more development of rural areas will be needed? Although unpopular, immigration is the best quick-fix solution to a declining labour force, so we will probably have to import more foreign workers from overseas.

However, these are small changes in the face of a big problem. Britain is aging. The way we think about the world, the economy and society will change drastically in the next thirty years, in ways it is difficult to imagine. Japan offers us a useful example of how to deal with an aging population, particularly on how to age healthily and well; but it also presents a gloomy portent of things to come. We should do our best to avoid the problems that Japan is currently grappling with; but we ignore the example set by Japan at our peril.