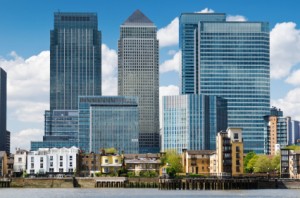 “Highly competitive”, “ambitious”, a future “superstar” of investment banking; these are just some of the accolades which have been used to describe Moritz Erhardt, a 21 year-old German intern working for City giant Bank of American Merrill Lynch, who was tragically found dead in the shower at his temporary accommodation in East London on 15 August.

Mr Erhardt’s death has led to renewed concerns about the use of young interns by City firms, and in the broader economy more generally, who many people feel are being exploited in order to provide the companies which use them with a supply of free labour, as these interns are often willing to do almost anything for their bosses in order to try and get their hands on a permanent job.

Although Mr Erhardt’s death has not been specifically linked to his intense workload at the City firm, it looks likely to have played a significant role. A fellow intern at the bank referred to the interns there “typically” working 15 hours a day, while several disconcerting stories have surfaced in the media since he passed away which have shined a light on the demands placed on young City workers. The following is just one example: “Banking interns need protection from the City’s ‘all-nighter’ culture”.

An article published by The Guardian, in which young people who’d interned with major financial firms shared their stories of life in the City, included some who said that working for more than 100 hours a week was considered normal, with different interns competing to see how many “all-nighters” they could work in succession, and a practice known as “the magic roundabout” which involved interns working until the early hours of the morning, then getting a cab home which had to wait outside where they lived while they showered and changed clothes before it took them back to the office again.

These practices have been condemned following increased publicity in light of Mr Erhardt’s death. Chris Roebuck, a visiting professor at Cass Business School and a former international banker, specifically linked the practices which employers are able to get away with to the difficult situation facing young people who are trying to find jobs:

“For reasons related to an individual’s ambition or the current employment market, people are pretty desperate to get jobs. Some employers are exploiting that fact, pushing people past the point where it makes sense for their health or from a business perspective.”

Of course, internships are far from exclusive to the financial sector. In the modern economy, most of the major professions, as well as the media, charities and a large number of businesses, now expect people to spend a period working for them for free, often with only the vague hope of acquiring a permanent position at the end of it.

Despite the extremely long hours which they have to work, many people on City internship schemes are relatively lucky in that they are often being paid for the work they perform. Graduates on the Bank of America Merrill Lynch internship scheme are apparently paid somewhere in the region of £45,000 pro rata, with the prospect of much greater riches to follow if they do manage to make it onto the permanent payroll. By contrast, many interns in other sectors only receive expenses, and in some cases they get nothing at all.

Is regulation the answer?

Critics of the internship culture have been arguing for a while now that there need to be tougher regulations governing how employers are allowed to use internships. Ideally, this would maintain the positive benefits which internships can provide – such as providing young people with valuable work experience, and enabling companies to decide if their interns would be a good fit with their organisation before they hire them – while stamping out some of the terrible exploitation that often occurs at present.

FinanceInterns, an organisation which helps set people up with internships at City firms, has pledged to campaign for the creation of some sort of independent body which could help represent the interests of young people working in financial services. There is already a campaign group, Intern Aware, which campaigns against the exploitation of young people doing unpaid internships.

Its co-director, Ben Lyons, told The Guardian that banks needed to provide better support and oversight to any young workers who they take on:

“I think that what is very important is that HR professionals, and particularly those in the City, ensure that young people are being cared for and their needs are closely monitored.”

The culture of employing young people as interns is probably set to remain for the foreseeable future. Yet if the death of Mr Erhardt leads to a review of how young interns are used in the City – and Bank of America Merrill Lynch has already announced that it will be launching a senior committee to investigate practices at the firm – then at least his death might achieve a positive legacy of some kind.