David Kingman reports on the latest initiative from Laurence Kotlikoff and his fellow intergenerational activists in the US, who have launched a bill in Congress to force the American government to take account of future generations in its policy-making 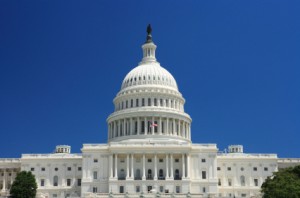 Laurence Kotlikoff, the Professor of Economics at Boston University and former presidential advisor who was one of the pioneers of intergenerational accounting, has recently launched a new initiative which seeks to make the US government recognise the liabilities it is handing down to future generations.

He and his supporters have launched the Intergenerational Financial Obligations Reform Act, known as the INFORM Act for short. If it gets passed into law, this act will require three of the most important financial bodies within the American government – the Congressional Budget Office (CBO), the General Accountability Office (GAO), and the Office of Management and Budget (OMB) – to perform generational accounting and fiscal gap accounting on an annual basis. Congress would then be able to use the results to assess the impacts of policies upon future generations.

Supporters of the INFORM Act have produced a website which explains what the point of this would be in greater detail. In their own words:

Generational accounting measures the burden on today’s and tomorrow’s children of closing the fiscal gap assuming that current adults are neither asked to pay more in taxes nor receive less in transfer payments than current policy suggests and that successive younger generations’ lifetime tax payments net of transfer payments received rise in proportion to their labor earnings.”

The website goes on to explain that fiscal gap accounting has been used around the world to provide the most comprehensive possible measure of a country’s total indebtedness. A broadly similar approach is already used by the Office for Budget Responsibility in the UK to produce the annual Fiscal Sustainability Report.

If it is successfully passed into law, the INFORM Act will give the American public a complete picture of the true scale of the financial burden which is being bequeathed to future generations, which should put additional pressure on policy-makers to do more about it

The INFORM Act has already been introduced in the Senate, where it currently has support from members of both the Republican and Democrat parties. It will also be introduced in the House of Representatives in the near future.

The campaign is currently looking for concerned members of the public to support it by providing an online endorsement. The list of people who have endorsed it so far includes twelve winners of the Nobel prize in economics, a number of current and former government officials, economists from the US and beyond, and many ordinary citizens.

Anyone who is concerned about the burden we are placing on future generations is also encouraged to provide an endorsement, which can be achieved by filling in a very simple form at the following web link:

The names of everyone who endorses the INFORM Act will be included alongside a letter (available on the website) which will be printed as part of a full-page advertisement for the Act in the New York Times this Autumn.

If enough people take the trouble to show their concern about the burdens facing future generations, then it should give the politicians extra encouragement to pass the Act into law later this year.