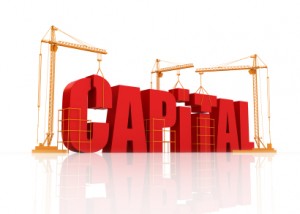 A recent article in this blog pondered whether Britain is currently doing enough to reduce the national debt through making cuts in government spending. Proponents of austerity argue that large-scale cuts are what is needed in order to get Britain’s debt down so that we will still be able to borrow and the economy can start growing again.

However, this is only one way of reading the growth puzzle. On the other side of the debate, many economists would argue that the key to generating future growth is not cuts, but investment – putting more money into improving infrastructure, which will enable us to generate more growth in the future, especially in the private sector.

It is not clear which strategy would be better for future generations, who in the worst case scenario could end up being lumbered with vast debts accumulated from growth-chasing investment projects that never worked out, or an anaemic economy where vital infrastructure has been stripped back to the bare-bones in the name of austerity. Pursuing either strategy involves playing a high-stakes poker game with Britain’s future prosperity, and the well-being of future generations.

The article referred to above was only intended to suggest that, if austerity is the right course, then there is evidence that Britain is not pursuing it very successfully. Unfortunately, there is now also evidence that we are failing to invest enough too.

On some measures, Britain’s economy has started to improve; GDP growth is now positive, house prices are rising (to the disadvantage of young would-be homeowners), and the private sector is creating new jobs.

However, according to a recent article in The Economist, there remains a weak link at the heart of Britain’s economy: a lack of investment. Altogether, the amount of money which the public and private sector in Britain invested in improving how they operate was equivalent to just 13.5% of GDP in the first quarter of 2013. This has fallen by a quarter in real terms over the past five years, and means that the level of investment in Britain is now well below the global average of 24% of GDP.

According to a set of rankings published in 2012, Britain came 159th out of 173 countries for the proportion of GDP which is spent on investment; as The Economist notes, half of the 14 countries which came below Britain were in sub-Saharan Africa, while the only other “advanced” economies keeping Britain company at this end of the rankings were Malta, Ireland, Cyprus and Greece.

Investment is vital to ensuring economic growth, both now and in the future. Workers become more productive if they are given more advanced tools to work with, while devising new techniques and inventions makes companies more efficient and innovative. Investment in big projects such as roads and buildings create jobs for workers during construction, and should make life better and more efficient for the population in the long run.

What needs to change?

Britain has neglected to invest enough in its future growth for a prolonged period, especially during the long boom era when rising debt levels financed higher and higher consumption. To an extent, this trend appears to be repeating itself, as debt-to-income levels are rising again following a brief period when they went into decline. If Britain is to invest more in the future, it must wean itself off its addiction to short-term growth fueled by debt.

There is a range of policy changes which could help. The government could invest more, although this probably would involve removing the ring-fencing which surrounds large parts of current public expenditure; they could increase the relatively low 10% tax break which companies receive for investing in research and development; and they could remove distortions that deter investment such as the taxes which currently fall on the developers of new buildings.

Investors, too, could do with being reassured that interest rates are going to be kept low for the foreseeable future, so they know it will be cheap to borrow money – a topic for the new Governor of the Bank of England, Mark Carney, to consider as he takes office.

However, perhaps what Britain needs most of all is something akin to a cultural shift in values, where we place less of an emphasis on current consumption and more on building the foundation of sustainable growth in the future. Had we run up less debt during the 1990s and 2000s, there’s a good chance we might all have been richer in the long run, even if our growth figures at the time would have appeared slightly less frothy.

For too long, Britain has been borrowing from the future to pay for today’s consumption. Unless we find some way of changing this, it seems likely to leave us all poorer in the long run.