Liz Emerson has the Baby Boomer generation in her cross-hairs 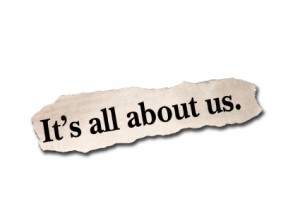 I just missed being part of the Boomer generation. Born at the end of the 60s, my cohort, known as Generation X, missed the free-loving LSD parties of the 60s and early 70s. Instead, my childhood was over-shadowed by union disputes, the Falklands War, the threat of AIDS and Thatcher’s Britain, the mantra being: liberalise the city, make money and let the good times roll. Punk: out –, new romantics: in. State: out – personal responsibility: in.

I was too young to vote in the 1979 and 1983 elections. Instead, I watched the grown-ups around me vote with their feet. Fed up with union disputes, high taxation and a struggling economy, voters overwhelmingly heralded in a new order where risk was welcome and spend now, pay later credit spread through the high street. Welcome to the world of the consumer. Cheap package holidays abroad were also no longer out of reach. Spain:  in – Pontins: out. Welcome too to the world of leisure.

It was also the time of the greatest sell-off of national assets ever seen – British Airways, British Aerospace, British Gas, British Leyland, Jaguar, Rolls-Royce, British Steel, British Sugar, to name but a few, together with more than 2 million council homes. Whether government was right or wrong to privatise is not at issue. What is clear is that the majority of British voters supported this mass sell-off of the family silver with no regard for future generations’ rights or needs. Other countries chose a different route. Norway chose to protect its oil resources by creating a sovereign wealth fund, The Government Pension Fund of Norway, founded in 1990 and now valued at £4.182 trillion, which was specifically designed to share the cost of pension payments between Norwegians living then, living today and living in times to come.

So who bought the homes, the shares and the holidays whilst selling the silver? The Boomer Generation. Born mostly in the late 1950s and early 1960s, they were the first generation to truly break free of their parents. Having been overshadowed themselves by threats or nuclear wars and post-war austerity, no one was going to keep them down.

Wedded to the idea of perpetual growth, the Boomer generation have continued to feather their nests whilst passing the bill on to future generations, employing tools such as private finance initiatives which enable society to use now but pay later.

Fast forward to 2013 and Boomers are once again using their brawn as a cohort to safeguard their privileged position. But rather than accept that they have had some part to play in the effects of their historical actions, they are repositioning themselves as a victimless group who have paid their contributions and deserve their dues in retirement. Only this week Brian Appleyard wrote that Boomers should not be blamed for their “delusion” in believing in perpetual growth. Yet, no consideration seems to have been made to how their over-expectation of entitlement will affect their own children’s futures.

The poorest 20% of over-60s really do need state help, but the accusations of ageism for questioning the need to give the many more well-off imminent retirees their dues is used as a trope to divert attention away from intergenerational fairness discussions.

It is not the younger generations’ fault that Boomers have not saved enough for their retirement. It is not the younger generation’s fault that young people do not have the jobs needed to fund the financial irresponsibility of their parent’s generation. With the current pension liability currently standing at £7.1 trillion, there is no family silver left to sell. All we have left are our children’s futures – and they’re already mortgaged.