David Kingman argues that the UK will need a growing army of highly-skilled workers in order to generate growth in the future – so how does our education system need to change to help make this a reality? 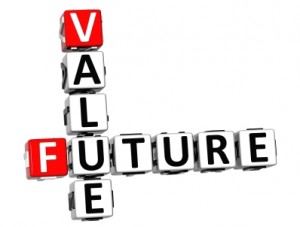 How should we think of education? If you ask the Coalition Government they seem to conceive education (especially higher education) as mostly a private good  –  one which delivers benefits largely to the individual who receives it  –  and therefore as a burden to the public purse. Hence, the majority of students now face paying tuition fees of around £9,000 per year, while direct public funding for most courses has been withdrawn.

Yet is this the right way to think about education? Others would surely argue that today’s students are tomorrow’s workers; a highly-educated workforce delivers an enormous range of benefits for the country which possesses it, from higher tax revenues to producing healthier, longer-lived citizens. Aren’t these public goods worth paying for?

With this debate about the value of education funding in mind, a recent BBC article brought together a range of international experts to ask them what role they thought education plays in generating growth. The results suggested that the Coalition might do better to rethink whether higher education only delivers benefits to the individual, rather than society as a whole.

For Andreas Schleicher, an OECD expert on education around the world, the benefits of funding higher education are obvious:

“You have two choices. You can go into the race to the bottom with China, lowering wages for low-skill jobs. Or you can try to win in innovation and competitiveness. In the long run, if you don’t have natural resources to sell, skills are the only way of competing. In the past, monetary policy and fiscal policy could be seen as a way to growth, but today, what remains is human capital. You can no longer bail yourself out of a crisis, you can’t stimulate your way out of a crisis, the only way is to provide better skills.”

He argues that the biggest barrier to successfully up-skilling the workforces of most European countries en masse (including the UK) is the persistently strong link between social background and a student’s educational outcomes. Social mobility remains shamefully low in Britain – the UK remains the OECD member where parental income has the greatest impact on their children’s future earnings – so improving educational outcomes for future generations is a must if the UK is to prosper in the international market for highly-skilled work.

Mr Schleicher also emphasises that government policy has a major role to play in fostering high-skill industries. In Singapore, employers are given tax incentives to take on highly-skilled staff, while in Hong Kong it has been government policy to discourage low-skilled industries and replace them with alternatives from higher along the value chain.

It seems worth emphasising that the UK does better than many other European countries in this area. The last three decades have witnessed the dramatic decline of traditional sectors such as manufacturing and heavy industry, to be replaced with the growth of the so-called “knowledge economy” which consists of services, finance and IT. Yet this transformation has left an uneven legacy, with many former industrial regions of the country failing to adjust to the new economy.

How can education change?

Part of the problem with managing the shift from one type of economic growth to another is that it often leaves workers ill-equipped to perform the types of work that end up being available to them.

This has been a major part of the problem with the economic reconfiguration referred to above – and as the pace of technological change keeps on increasing, this is only likely to get worse. This will also be exacerbated by longer working lives (a result of higher life expectancy), as people are more likely to find that there is no longer a market for their particular skills long before the end of their careers.

The result, according to IMF deputy-director Nemat Shafik, who was also quoted by the BBC, will be that our concept of education will have to change to reflect the new emphasis on adaptation and lifelong learning. Rather than simply following the model which is seen as the norm today, in which most people spend a single period in higher education after they’ve left school and then go out into the labour market, in the future education will have to be seen as something which people can drop in and out of throughout their working lives in order to change or refresh their skillset.

Key here will be part-time and distance learning courses, to help older people who have too many other responsibilities to be able to return to education full-time. The potential of online universities to provide cheap, highly-specific segments of higher education also offers a wealth of opportunities.

Universities will also have a key role to play in fostering the next generation of high-tech enterprises, in the same way that Google and Facebook both first saw the light of day on campus.

In this context, the Coalition Government’s decision to characterise higher education as a private good seems disappointing, when having better-educated citizens could offer so much for society. If we want to be able to enjoy the fruits of growth tomorrow, then we need to be realistic about how much we need to invest today.