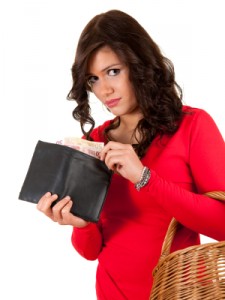 Young adults have been the biggest victims of the Great Recession, according to a new report from the Institute for Fiscal Studies. This striking discovery is the headline finding from their latest publication, Living Standards, Poverty and Inequality in the UK: 2013, which attempts to analyse how the economic problems affecting the UK since 2008 have influenced people of different age groups.

No country for young men (and women)?

According to the IFS, median incomes for earners in their 20s fell by an average of 12% in real terms between 2007/08 and 2011/12 – the period covering the recent economic crisis – which was the largest fall experienced by any age group.

Fascinatingly, the authors argue that this cannot be blamed on the recession alone. In fact, it is an extension of a much longer-term trend: median incomes for people in their 20s had actually failed to grow for a full six years before the recession started, going all the way back to 2001/02. This suggests that young people are losing out compared to older earners because of structural reasons, and simply addressing the current recession may not be sufficient to reverse this trend.

Pensioners have even seen their incomes continue to rise during the recession, making them the only age group for whom this is the case. The cumulative effect of the growth in median pensioner incomes over recent decades has been to transform the face of relative poverty in the UK.

Factoring in the fact that older people typically have lower housing costs than younger age cohorts indicates that they have done especially well during this period. Back in 1961, 37.6% of pensioners were below the government’s official measure of relative poverty after housing costs were included (having an income which is less than 60% of contemporary median income), which was the highest figure for any age group by a considerable distance.

However, in 2011/12 the picture had been reversed completely; just 13.5% of pensioner households were in this position, the lowest figure for any age group by a significant margin. Pensioner households are now less likely to be living in poverty than households in any other age group.

IFS Senior Research Economist David Philips supported this point in his remarks about the report’s findings:

“The face of poverty has become much younger during recent decades. This is in many ways a triumph of social policy. But these figures also confirm that it is young people who have suffered most as a result of the recent recession and who are now at risk of falling further behind. It is important that policymakers and politicians understand these profound changes to patterns of low incomes and respond accordingly.”

This last point is likely to prove especially controversial. The report argues that much of the improvement in pensioner incomes has been achieved through social policies which have been targeted at members of the older generation, particularly increases in the state pension and universal benefits.

Yet so far, pensioners have been protected from cuts in the welfare bill to a greater extent than practically any other group. With the government planning another round of retrenchment, debates already seem to be swirling around Whitehall about how the old-age benefit bill can be brought under control. Based on this evidence from the IFS, it would appear to only be fair for the older generation to carry its share of the burden.