A prominent City economist used this phrase last week to describe the impacts of Help to Buy, the government’s flagship housing policy. David Kingman asks whether this is a fair assessment. 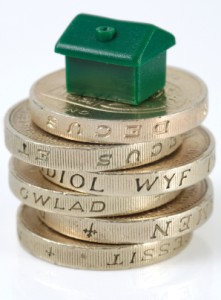 We all know that young people have an incredibly difficult time getting onto the housing ladder in Britain today. This has only got worse since the beginning of the recession as the banks have become far more cautious about lending large sums to would-be homeowners in their 20s and 30s – leading to a large increase in the size of the cash deposits that they are being asked to produce up-front in order to qualify for a mortgage.

In order to address some of the challenges facing first-time buyers, Chancellor George Osborne announced in his budget back in March that he was launching a new scheme called “Help to Buy”, under which the government would assume some of the lenders’ risk to make them more willing to finance mortgages for younger borrowers.

However, his plan has proved controversial, and this week it was the subject of sharp criticism from a leading City economist. Is Help to Buy the right policy to pursue? And does it actually help young first time buyers?

How does Help to Buy work?

The Help to Buy scheme has two parts, one of which consists of the government providing 20% equity loans to help people purchase houses, and the other of which involves them guaranteeing mortgages. The former scheme began almost as soon as it was announced in the 2013 budget, whereas the latter doesn’t come into action until January 2014. As the details of how the mortgage guarantee scheme will work have not yet been fully released, the rest of this article will deal exclusively with the part of the scheme which provides equity loans.

As explained on the scheme’s website, Help to Buy equity loans are available to meet up to 20% of the purchase price of a new-build home with a value of up to £600,000.

Under the structure of a Help to Buy deal, the cost of purchasing a home is broken down into three components: a deposit worth 5% of the property’s value, a mortgage worth 75% and a Help to Buy loan which covers the remaining 20%. The point of this structure is that, if the government wasn’t getting involved, the bank lending the mortgage would be very worried about whether or not the buyer was going to default on the loan, so they would want them to pay much more of the cost up-front in the form of a deposit.

First time buyers are typically young workers who tend to be short of money or accumulated assets, so having to raise a substantial deposit has become a major obstacle preventing them from getting onto the housing ladder. The typical deposit for a first-time buyer has spent a prolonged period hovering at around 20% of the typical purchase price, which amounts to around 80% of the average first-time buyer’s income. Given that it would be a commendable achievement if the typical person at this stage in their life managed to save 10% or even 5% of their income to fund a deposit, it should not come as a surprise that the average age of the average first-time buyer who doesn’t receive help in paying for their deposit has been rising.

Therefore, the impact of the equity stake provided by the government should be to decrease the lender’s exposure to losses, with the result that they can afford to ask for a significantly lower deposit. This, in turn, should make it easier for first-time buyers to gain access to mortgages.

Of course, the downside to this scheme is that the taxpayer is exposed to losses on the money which has been lent out. When the home is sold the government gets its equity stake returned to it, plus or minus any losses or gains. For example, if the government originally leant £20,000 to someone purchasing a home for £100,000 and it was sold two years later for £110,000, the government would be repaid £22,000. If the home went down in value, or was foreclosed, then the taxpayer would be liable for 20% of the losses.

The scheme is supposed to run for three years. It has mainly been criticised on two grounds: firstly, that it is economically flawed, and secondly, that it pursues the wrong housing policy objective.

Critics arguing that Help to Buy is economically flawed would emphasize that the government is effectively trying to second-guess the experts within the housing industry – and committing a large sum of public money (possibly guaranteeing up to £130 billion worth of mortgages) to do so.

The mortgage lenders have been denying younger borrowers access to mortgages and demanding higher deposits for a reason; they predict that heavily-indebted first-time buyers are likely to default and end up not paying the money back. The government is effectively saying that this concern is misplaced, and it is happy to back up this view with its own money, which looks like a risky gamble to take during the age of austerity.

In terms of housing policy, this is where the criticism levelled at Help to Buy by the leading City economist Albert Edwards, head of the global strategy team at Société Générale, comes in. He argued that the scheme will put young borrowers into “indentured servitude” trying to pay off large mortgages, because the scheme does nothing to reduce house prices. Indeed, it is likely to have the opposite effect of propping them up, when you would expect housing to become substantially cheaper following a recession.

Several other groups, including Shelter and the housing campaign group Priced Out, echoed this criticism of the Help to Buy scheme, while arguing that the public funds could have been better spent on policies that aimed to increase housing supply, which would have had the result of making housing more affordable anyway.

Is this policy, then, a sop to the older generations who own most of Britain’s property, many of whom are relying on housing equity to act as their pension? Possibly. In any case, whilst it is good that the politicians have the plight of young first-time buyers at heart, simply allowing them to be burdened with more and more debts backed up by taxpayers’ money certainly seems a rather questionable policy for the government to pursue.