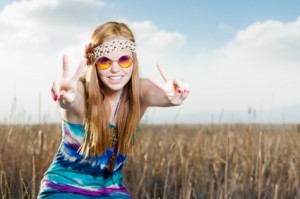 The Economist reported last week that recent research shows young Britons are more liberal than any previous generation. It’s important to emphasise at the outset here that this refers to liberalism in the classical sense – i.e. the post-1979 generation (also known as “Generation Y”, “The Millennials” or “Thatcher’s Children”), report views which can be broadly characterised as liberal in relation to both social and economic issues. So, what does this mean in practice?

Firstly, it should come as no surprise to hear that younger generations are more likely to be socially liberal than their older relatives. In relation to contemporary political debates, this means that young people are heavily in favour of racial equality, gay marriage and other forms of personal freedom (according to the opinion poll evidence cited by the newspaper). International comparisons also reveal that those aged 15 to 35 are less concerned about alcohol, tobacco and cannabis consumption than their peers in other European countries. Altogether, the attitudes expressed by young people suggest that they are sceptical of attempts by government to regulate personal freedoms or morality; they believe people are best left to make important decisions for themselves.

Perhaps the more interesting finding of this research is that British young people are overwhelmingly economic liberals as well. Today’s young people are significantly less collectivist than members of previous generations were at the same stage in life, being more inclined than members of older generations to say that they think social problems are a matter of individual responsibility, and more likely to say they think deficit-reduction should be prioritised over growth. They are supportive of privatising enterprises which used to be run by the state, such as utilities, and opinion polling also revealed that they are less likely than older generations to think that the creation of the welfare state is one of Britain’s proudest achievements.

These attitudes suggest that this generation really does deserve the label of “Thatcher’s Children” which is sometimes given to those born after 1979, who grew up in an era when the view of government and society espoused by Thatcherism – which had once seemed so radical – had become mainstream. In reality, it’s not really surprising that they should be more comfortable with economic liberalism than members of older generations, many of whom would have matured and formed their opinions during the pre-Thatcher era when a much higher degree of government intervention in both society and the economy was viewed as the norm.

It could even be argued that the whole design of the education system now makes people more individualist and competitive. Although individual competition for school places on the basis of merit has largely been abandoned outside the remaining grammar schools and the private education sector, ambitious young people are now encouraged to start thinking competitively about how they can get ahead in their lives from the age of about 16, when they have to pick “the right” A-Levels to help get them into the best universities. This is followed by a sense of intense competition (which runs across several years of planning, studying and applying) to try and get a one of the limited number of places at the best higher education institutions, which is usually followed by the difficult experience of trying to get a job or even some kind of worthwhile work experience in a tight labour market inundated by similarly well-qualified young people.

Given this environment, is it any wonder that young people in Britain seem to be becoming more individualistic? And if this sense of individualism is likely to propel many young people to give their best, is this really any bad thing?

They are less likely to belong to a political party or a trade union, or to proclaim a belief in one of the established religions, than almost any previous generation in history. At the 2010 General Election the under-35s had an average turnout of just 44%, more than 20 percentage points lower than the national average figure of 65% ‒ and this was for a genuinely competitive election which, it was felt, could shape the future direction of Britain for years to come, and where the early opinion poll success of Nick Clegg appeared to have given young voters an idealistic figure around whom they could galvanise.

Since that election, the political parties have continued to marginalise young people to a substantial degree, targeting them for welfare cuts while leaving benefits for pensioners largely untouched. Thanks to the rise of UKIP, current political debates are dominated by euro-scepticism and restricting immigration from abroad, both concerns of older voters much more than issues which appeal to the young.

This is a pity, both because today’s young people will one day form Britain’s established political class, and also because young people still deserve to be heard, even if it means the politicians have to engage with them in different ways than they have done before. Let’s just hope the politicians get better at listening in the future.