Unpaid internships have become part of the working landscape for young people at the start of their careers. They are exploitative and should be outlawed – were it not for a troubling dilemma, as Antony Mason explains 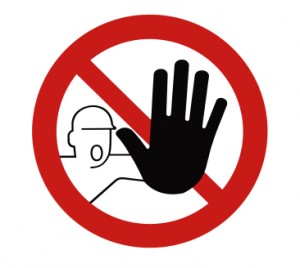 Work without pay which involves some degree of coercion… isn’t that a definition of slavery? And young people these days are effectively coerced into unpaid internships because this is often the only way to get a foot in the door of a career. In the arts, in journalism, in fashion, in charities and NGOs, even in business and the financial sector…

They work for months without pay with the vague promise that they will be taken on full-time, but too often that hope is dashed: either they leave without a job, to find another unpaid internship elsewhere, or hang on for another spell – three months, six months, endlessly renewing their internships. And often – as people have commented wryly – you can only get an internship if you have already done an internship.

Sharks in a recession

The Intergenerational Foundation focuses on the rotten deal being handed out to younger and future generations. Many of the issues that we address – the colossal national debt, unpayable pension liabilities, the crisis in healthcare and social care in an ageing population, the debt and repayment burdens of students and graduates – relate in some way to the over-optimistic visions of the future entertained by post-war governments based on predictions of continuous growth that simply have not been realised.

As a nation, we have been borrowing beyond our means to deliver the benefits that have been promised. We have, as they say, been mortgaging the future.

So we now have a deep recession, and high youth unemployment – just below a million for the 16–24s in the UK, or around 20% of that age group. When jobs are scarce, it’s a buyer’s market. Employers can exploit a loophole in employment laws to take on interns – essentially treating them as “voluntary workers”.

The concept of the intern is relatively new, and the word is an American import. (Remember Monica Lewinsky? That was 1998.) Such a category did not exist in the UK in the 1970s or 1980s – when many of the generation now offering internships were themselves entering the workplace. At that time young people were paid – perhaps not much, but there was no question of working for free, unless you were really doing “voluntary work”.

Many unpaid internships today are advertised with all the requirements of a proper paid job, in terms of the qualifications of the applicants and the tasks to be performed.

In such cases, legally such jobs should be rewarded with at least the minimum wage, but it may take a court case and a tribunal to achieve that.

There have been some notorious cases of such practices. The think tank Public World has highlighted some juicy examples from surprising quarters, such as the UN.

Some internships may be sold as “work experience”, but here a distinction can be made. Work experience should be short-term (a matter of weeks, not months), and offer genuine and valuable experience of what a job, or working in a specific environment, entails. It is not doing a job which, under normal circumstance, someone would be paid to do.

So who can afford to do an unpaid internship? Not everyone, to be sure. With no income, you have to have other means to pay for accommodation, food, transport, and essentials like clothing.

Those other means are usually private means: in other words, you probably have to come from a wealthy background. Anyone from a low-income background simply cannot afford to do an unpaid internship.

As a result, a whole range of careers that have built internships into their career path – journalism, the arts, charities and NGOs in particular – are now recruiting almost exclusively from the wealthy, educated middle classes. This is having a highly corrosive effect on social mobility – the kind of meritocratic social mobility that Britain championed in the 1960s, 1970s and 1980s.

The long-term outcome for enterprises, and culture generally, of drawing on such a restricted pool of talent is already beginning to becoming apparent.

So shouldn’t we just outlaw all unpaid internships? Plenty of people would say yes.

But others would argue that many valid internships are offered by charities that simply could not afford to pay an intern. So if unpaid internships were banned, those internships would vanish. No one would gain from that:

The same argument could also be applied to small businesses or arts groups offering internships, which cannot offer money, only experience.

But that always leaves grey areas. Who is to say at what point a business, or indeed a charity, can and should pay for an intern?  Few businesses shell out money when they don’t have to. If interns can be taken on for free, what incentive is there to pay them?

There is a moral incentive. Everyone knows when someone is being exploited – or should do. It will trouble the conscience of any decent employer.

If abolishing unpaid internships is not advisable, then it should at least be possible to create a framework of good practice that enterprises can sign up to, to ensure that they treat their interns honestly and fairly.

The Intergenerational Foundation is looking into this question, along with other aspects of the workplace that affect young people negatively. If you have any comments, or views, or experience that you would like to air, please get in touch.