David Kingman argues that the UK needs to radically rethink the role of its state pension, for the good of both young and old 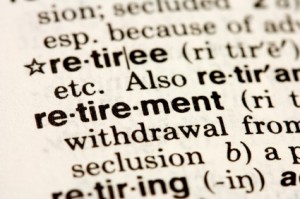 The state pension is widely regarded as a central pillar of the British welfare state. The idea that the government should provide some kind of basic safety-net to protect all its citizens from falling into poverty because of old age seems to be firmly ingrained in the British cultural mindset.

Although it has been reformed many times since it was first introduced in 1908 – including the substantial recent changes that have been implemented by the Coalition Government, such as the switch to the flat-rate state pension of £140 per week – any serious discussion of overhauling the design of the state pension (or questioning of its purpose) seems to be absent from British political debate.

On one level, this can be seen as a sign of social progress; proof that Britain is fundamentally committed to protecting people from poverty in old age. Yet it can also be viewed as a sign of failure – not least because the noble aim of protecting all our citizens from poverty in old age hasn’t been achieved, and the design of the universal state pension is arguably partly to blame for this.

A new set of figures released by the insurance company Prudential on 22 May pointed to the stark financial challenges which face many of this year’s retirees. They revealed that 1 in 7 of the people who are planning to retire this year have no retirement savings and will be relying entirely upon the state pension to fund their “Golden Years”. Almost a fifth will have an income of less than £8,254, the figure which research by the Joseph Rowntree Foundation has calculated is the minimum income standard a single pensioner needs to meet in order to be able to live comfortably.

For today’s retirees who have full national insurance records, the full basic state pension will only provide an annual income of £5,720 (although they can still access the various means-tested top-ups which are being absorbed into the flat-rate state pension when that arrives in 2016). This is less than half the amount someone over the age of 21 would currently earn if they had a full-time job which paid the minimum wage of £6.19 per hour.

One way of analysing the state pension is to say that it doesn’t give enough people an adequate income in retirement because its resources are spread too thinly.

The state pension is popular partly because it is a universal benefit which goes to everyone, regardless of means; yet this appears to have resulted in a situation where it fails to provide the poorest retirees with an adequate income in retirement, while at the same time it provides an expensive handout to large numbers of wealthier pensioners who could easily survive without it.

If the state pension was means-tested in some way, as it is in Australia, then this would allow poorer pensioners to receive more, creating a stronger old-age safety-net, while also limiting the amount which is needlessly given to wealthier pensioners who are capable of funding their retirements through other means (such as private pension schemes or by turning asset wealth into income).

Strikingly, a survey of 50 of the UK’s leading economists conducted by IF found last year found that almost half of them thought that the British state pension would need to be means-tested by 2040.

Ultimately, this comes back to the question in the title of this article: “What is the state pension for?” It seems Britain can afford to have a state pension which gives a little bit to everyone, or one which provides enough to adequately protect poorer pensioners, but not both.

Of course, from a political point of view changing state pension entitlements would be what is often referred to in America as a “third rail” issue: something which electrocutes anyone who touches it. There are also two practical reasons why any reforms would need to be very carefully designed.

The first is that there would be a danger of completely removing the incentive for individuals to make their own personal savings for retirement if they knew it could leave them with a smaller state pension. However, to some extent the decision to be a saver is something which people come to intuitively, based on their attitudes towards life and risk-taking, without pondering all of the advantages and disadvantages, so this might not have such a big effect. This danger could also be nullified if the means-testing was fine-tuned enough to affect mainly the pensioners whose accumulated wealth is substantially above the amount they would lose in state pension.

The second problem is the contributory principle. In a nutshell, people feel that they are entitled to a state pension because how much they receive is related to the number of years for which they have been making National Insurance contributions; so telling people who have spent their working lives contributing that they can’t have a full state pension would be unpalatable politically.

In truth, these contributions have always been a purely notional, rather than financial – NICs are not saved into a fund related to any individual which then pays their pension specifically, but rather they go into one big current account run by the government (The National Insurance Fund) and are paid out again straight away to fund the pensions of existing retirees. Nevertheless, in order to avoid voters feeling that they have been cheated out of pensions which they have paid for, National Insurance would probably have to be combined with income tax (something the government has explored doing before on several occasions) – and since this would simplify the tax code and reduce bureaucracy, it could be argued that this would be worthwhile anyway.

The overall financial position of pensioners has improved a great deal during the last 30 years, as data from the ONS demonstrates. Yet a number of pensioners continue to have financial problems which re-designing the state pension could solve. The benefits of reducing pensioner poverty would be felt by people of all ages, as it would lower demand on the NHS and on other means-tested benefits, for example. Ultimately, it comes down to what we, as a society, believe the state pension should be for.

*Link downloads as a PDF