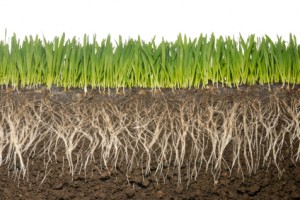 The welfare reforms which have been enacted by the Coalition Government have so far lacked a coherent debate about universal benefits for pensioners. Up to now, it is benefits for people of working-age and the young – including changes to Housing Benefit and Child Benefit – that  have borne the brunt of cutbacks, leaving benefits for the elderly largely untouched.

This is despite government projections which were updated in January 2013 to show that the cost of providing pensioner benefits (in today’s prices) is due to swell from £109 billion in 2012/13 to £160 billion by 2030/31 (before rising even more dramatically to reach £233 billion by 2040/41) if today’s policies are maintained. The number of people who will be claiming these benefits is relatively easy to predict, as those who will be pensioners when these milestones are reached are already alive today.

The only saving grace within these projections is that the cost of providing pensioner benefits is not expected to rise as a percentage of GDP (indeed, it is expected to fall over the next 20 years), meaning they should remain affordable. However, this relies upon GDP growth averaging 2.2% a year throughout this period – which it’s fair to say is at the more optimistic end of current growth predictions, to put it mildly.

Firing up the party base

This lack of debate is a pity, because it means that the members of the Coalition Government who are aware of how older people appear to be receiving special treatment have been left to make confused-sounding public pronouncements about the need for change, such as Work and Pensions Secretary Ian Duncan-Smith’s recent request for wealthier pensioners to voluntarily hand back their Winter Fuel Allowances if they don’t need them, despite the government bureaucracy having no actual facility which would enable them to do so.

The politicians have one obvious reason for giving pensioners special treatment: they are the group who are most likely to vote. However, another important reason has received less attention: the average age of the party grass-roots.

Political parties are heavily reliant upon their local associations for a number of functions, most notably choosing election candidates, fundraising and organising campaigns. In many instances, the local associations do the grunt work of going from door to door trying to persuade people to vote for a particular candidate, as well as the all the mundane tasks such as distributing leaflets and making campaign calls.

However, British politics appears to be a poor state at the grass-roots level. Research by the House of Commons has shown that all three of Britain’s major political parties have been haemorrhaging members ever since the 1950s, with the Conservatives and the Liberal Democrats (including its precursor parties) being particularly badly affected. (Membership of Labour has also fallen, but this has been offset to some extent by people belonging to trade unions which are affiliated with the party.) In 2010, just 1% of the total electorate belonged to one of the three main political parties, a striking statistic which says much about the de-politicisation of modern British society.

One possible problem with falling party membership is that you would expect it to be the less-committed members who fall away first, making the smaller core of members that remains more fiercely ideological, and so further from the mainstream. People who belong to parties also tend to be older, as older people tend to be more engaged with conventional politics than the young. This can create tensions between the grass-roots associations, who lean more heavily to the left or right, giving them different policy priorities, and the central leadership, who know they need to move the party to the middle-ground to pick up as many votes as possible.

The Conservative Party is believed to have done particularly badly with membership during the decade between 2000 and 2010, when the total number of members apparently fell by half. Their average age is now around 60, according to a recent article in The Economist, which may partly explain the hostility which many local associations have expressed towards the party’s views on gay marriage and the European Union, as well as David Cameron’s modernisation agenda more generally (someone high up in the Conservative Party is alleged to have referred to the membership of local Conservative associations as “mad, swivel-eyed loons” because of their disagreements with the central party leadership on these issues).

This could also help to explain why benefits for older people aren’t being touched, because the Conservatives (along with the other main parties) are worried about pursuing yet another policy which will upset their base, at a time when the gap between the thinking of the local associations and the central party appears to be wider than ever. Politicians of all stripes are also acutely aware that they will need their grass-roots members to be campaigning harder than ever once the 2015 general election campaign gets under way, so they are likely to be very mindful about not upsetting them before then.