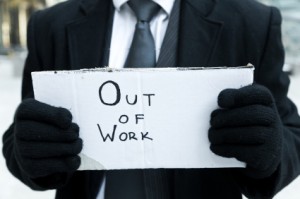 Last week seemed to bring more bad news for the national employment picture, as it was announced that UK unemployment had crept back up again in the first quarter of 2013. There are now officially 2.52 million unemployed people, a rise of 15,000 since the last three months of 2012.

These figures are disappointing, especially given that they follow a period in which other data had suggested that the UK economy was finally starting to make a recovery from the lingering effects of the Great Recession. Martin Beck from Capital Economics summed up the general mood when he referred to the new employment figures as a “reality check” after this period in which some commentators had started to become slightly more optimistic.

Better for the young?

What about youth unemployment? Interestingly, the official figures for youth unemployment seemed to buck the general trend, as they showed a slight reduction. The number of 16-24 year olds who are out of work fell by 17,000, although that still left almost a million (958,000) who are in this position. It’s also worth emphasising that the proportion of young people who are unemployed is still much higher than for the general population, as unemployment among this age group is at 20.7% (more than 1 in 5), compared to just 7.8% for the working-age population as a whole.

It is also likely that these headline figures don’t tell the whole story. Liam Byrne, Labour’s shadow Work and Pensions secretary, emphasized this point in his response to the new data:

“A lot of the jobs being created are temporary jobs, self employed or part time… There is insecurity in the jobs market right now, that is coming home to roost.”

Other evidence suggests that, although the number of young people who are doing some kind of work is going up, young people may be disproportionately subjected to insecure employment practices, such as ‘zero-hours’ contracts.

“Zero-hours” contracts, which are now common in many parts of the service sector, such as shops and bars, involve someone being employed without being guaranteed any particular hours or pay. The idea is that their bosses can offer them more hours when things are busy, but they might not get any shifts at all when business is quieter. They can also usually be laid off without any notice or compensation, and they don’t receive other employment benefits which might accompany certain jobs, such as access to a company’s pension scheme.

Some 76,000 16-24 year olds are now employed on zero-hours contracts, with members of this age group accounting for a third of all people employed under these terms in the UK. The use of such contracts remains controversial: critics complain that they are exploitative and make it harder for young people to support themselves through working, while employers argue that it’s the only way many businesses can afford to take on new workers in the current economic uncertainties.

Ills of the Eurozone

At least young people in Britain can take some encouragement from the fact that the employment picture here looks considerably better that it does across much of the Eurozone.

Alongside these new employment figures, it was also announced last week that France had slipped back into recession following a -0.2% retraction in the size of its economy during the first quarter of 2013. This means that 8 of the 17 Eurozone members are now officially in recession, with average growth across the whole group falling by the same margin as in France.

Even Germany, traditionally the region’s growth engine, expanded by only 0.1%, which is scarcely any better than having no growth at all.

Some 19 million people are now unemployed throughout the Eurozone (out of a population of 340 million), which is equivalent to a country the size of Romania. Total unemployment rates in Greece and Spain are both above 27%, with the situation being much worse for young people. Across the Eurozone as a whole, almost a quarter (24%) of all 16-24 year olds are currently out of work, while the rates in some individual member states are at staggeringly high levels, such as 59% in Greece and 38% in Italy.

Looking at the picture which these figures paint as a whole, it seems that things might be getting slightly better for young people in the UK– but only when compared to how bad they are across the English Channel, and so slowly that those on the frontline of youth unemployment may be seeing scant signs of improvement.