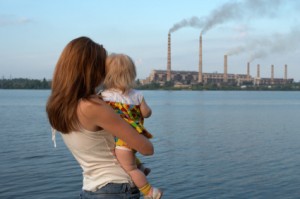 By now, many members of the general public must be tired of hearing about climate change, and the seemingly never-ending wave of dire predictions for the future of the global climate, whose impacts still remain virtually undetectable in most peoples’ everyday lives.

The extent of public disengagement with climate change was underlined earlier this year by new research which showed that public concern about the environment had reached a 20-year low. According to a poll of 22,812 people conducted across 22 different countries, the proportion of people who view climate change as a “very serious” issue has dropped to 49%.

This is worrying. Although the impacts of climate change and environmental degradation aren’t being felt by people in the rich world today, the processes that have been set in motion threaten to leave a rotten inheritance to our children and grandchildren, who may not get to enjoy the same natural world which previous generations took for granted.

This lack of public engagement also means that serious pieces of news about the environment now struggle to attract attention, especially when competing with the latest bad news about the economy or the uncovering of yet another political scandal. Last week, much of the general public seemed to be thoroughly tuned-out as news emerged of an important milestone in the monitoring of global warming: for the first time, concentrations of atmospheric carbon dioxide (CO2) may have crossed the threshold of 400ppm (parts per million).

What does this mean?

A natural response to this news is to ask this question. However, the answer is probably not very dramatic.

That is to say, that – in the context of global warming in general – this is merely a symbolic milestone, not a piece of news which necessarily makes the problem a great deal worse by itself. It appears that the threshold may not even have been breached, as a subsequent revision of the figures seems to suggest that the actual measurement at the Mauna Loa observatory on Hawaii has been rounded down to 399.89ppm.

However, this figure does have two important implications. Firstly, the real problem is that the trend has been resolutely climbing upwards for decades – when they first began making observations at Mauna Loa in 1958 the reading was just 315ppm, meaning atmospheric CO2 concentrations have risen by a quarter in 55 years.

This is the real problem, not whether the number at this particular point in time is 395 or 400ppm. Again, nobody is certain exactly what impacts a value this high will have, but reconstructed climate data suggests that the last time the Earth’s level of atmospheric CO2 concentrations hit 400ppm (4 million years ago), it was warm enough for there to be humid rainforests in Northern Canada, which hardly seems encouraging.

For several years, a degree of scientific consensus has prevailed which argues that holding levels at 350ppm would be required to keep human life relatively safe from the impacts of climate change, but this aim has clearly been rendered totally unachievable. Indeed, the scientists at Mauna Loa expect the readings to hit 450ppm by 2037, less than a generation away, by which time some of the more dramatic impacts of climate change may be making themselves felt.

The importance of data

The other lesson to be learned from the 400ppm reading is the importance of collecting enough good data to enable future generations to understand better what is going on. Charles D. Keeling, the founder of the Keeling Institute at Mauna Loa, where he started measuring atmospheric CO2 concentrations almost 60 years ago, understood the importance of collecting good data, a tradition which the institution which now bears his name continues to uphold to this day.

As The Economist has argued, the rush for project funding often marginalises the unglamorous work of collecting strong data over a long time period which can be compared in the future to understand how global warming has developed. Yet this approach is short-sighted, and threatens to leave future generations without the information that they will need to combat the challenges of climate change that lie ahead.

This lesson could be applied to a range of other challenges too, from health problems to information about the economy.  Our current generation may not have the tools to come up with the all answers, but at least we should do as much as we can to build a complete picture of what the problems are, in the hope that people in the future will one day be able to solve them. After all, it seems the least we can do.