A recent paper published by the Harvard Kennedy School reveals how the wars on Iraq and Afghanistan will cost the US $4 to $6 trillion over the next 40 years – far more than was expected. Antony Mason explains 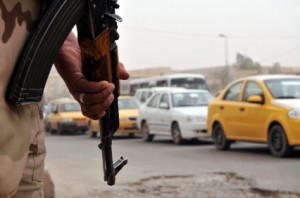 This year marks the tenth anniversary of the start of the Second Gulf War, and the costs to the USA of this venture, and the overlapping (and continuing) Afghanistan War are still being assessed.

One recognised authority on the subject is Professor Linda J Bilmes (Daniel Patrick Moynihan Senior Lecturer in Public Policy at the Harvard Kennedy School), who in 2008 published The Three Trillion Dollar War: The True Cost of the Iraq Conflict, co-authored by Joseph E. Stiglitz, winner of the 2001 Nobel Prize for Economics.

Professor Bilmes has recently updated their findings with a paper called “The Financial Legacy of Iraq and Afghanistan: How Wartime Spending Decisions Will Constrain Future National Security Budgets”.

The shocking bottom line is in this summary: “The Iraq and Afghanistan conflicts, taken together, will be the most expensive wars in US history – totalling somewhere between $4 to $6 trillion.” That implies a cost of more than $50,000 for every household in the USA.

The actual costs of the wars to the US to date already stands at $2 trillion. This has to been seen the context of an original White House estimate for the Iraq War of no more than $200 billion.

There are two primary reasons for this massive miscalculation. One is that the US government of President George W. Bush chose to fund the wars entirely out of debt, adding to the national debt whilst simultaneously implementing tax cuts. This debt will take decades to pay off.

Added to this are the costs of long-term care for veterans. Over 1.5 million US military personnel were involved in the wars and have now been discharged, and more than 50% or these have claimed, and have been awarded, medical benefits for life – including many suffering from post-traumatic stress disorder (PTSD). The Department of Veteran Affairs has been inundated with disability claims and has a nine-month backlog.

All wars devastate economies, and the financial consequences rumble on for years after the dust has settled. The new paper gives this a historical context (in reference to the US experience), which may come as some surprise:

“The peak year for paying disability compensation to World War I veterans was in 1969 – more than 50 years after Armistice. The largest expenditures for World War II veterans were in the late 1980s. Payments to Vietnam and first Gulf War veterans are still climbing.”

Professor Bilmes then goes on to point to a grim paradox: “The magnitude of future expenditures will be even higher for the current conflicts, which have been characterized by much higher survival rates, more generous benefits, and new, expensive medical treatments.”

Such huge and continuing debts and liabilities, needless to say, have had a considerable impact on US government spending on other fields, such as education, infrastructure, social and health care, and scientific research.

And in the UK?

It would be interesting to make parallel calculations for the long-term costs to the UK of its involvement in Iraq and Afghanistan. They will surely be – albeit scaled down – of the same order.

We may wonder now whether it has all been worth it: what will future generations think as they continue to pay the bill 40 years from now?