The Prime Minister has again issued his support for the status quo on OAP benefits, despite mounting opposition from some of his colleagues. David Kingman comments 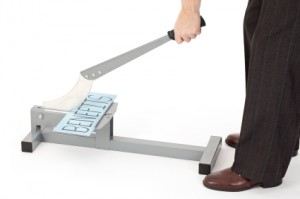 David Cameron has repeatedly insisted that he intends to protect universal benefits for old age pensioners, despite mounting controversy over the fairness of doing so at a time when the government is having to make major cuts to the rest of the welfare budget in order to repair Britain’s public finances.

“People who have worked hard all their lives”

On Wednesday 13 March, Cameron appeared before the Work and Pensions Select Committee and gave the following reply to questions about whether it was fair for universal pensioner benefits to be maintained:

“If welfare is one in three pounds that the Government spends, it is impossible to deal with the problems of excessive public spending and excessive deficit without looking at welfare. My view, and this is a political choice, is that people who have worked hard all their lives, who have retired, they deserve dignity in old age.

Are sacred cows destined for the chop?

Cynics might argue that the part of his speech which most rang true was when he described his standpoint as “a political choice”, as many people have interpreted his intention to defend universal pensioner benefits as a naked appeal to the grey vote, who will once again be a very significant force at the next general election.

While this is not the first time he has made such a statement in support of universal pensioner benefits (he has been using similar language since June last year), there does now seem to be mounting opposition to his stance within government, both from his Lib Dem coalition partners and from some figures within his own party.

Deputy Prime Minister Nick Clegg has recently criticised the payment of “no-questions-asked benefits to millionaire pensioners” at a time when many younger people are seeing their benefits cut back, through measures such as the new “bedroom tax” on families which receive housing benefit, for example. The Lib Dems in general are opposed to further cuts to the welfare bill, and have made it clear that OAP benefits will have to be up for discussion if the Conservatives propose any more benefit changes which would affect other groups.

Some within Cameron’s own party are proposing even more radical measures: senior Conservative MP Dr Liam Fox recently argued that the government should introduce means-testing for the winter fuel allowance and other universal pensioner benefits in order to finance major tax cuts for the rest of the population.

A recent BBC article has also suggested that there is some feeling within Whitehall that the present status quo of protecting pensioner benefits cannot be maintained for much longer, regardless of the political considerations. One option under discussion would be to freeze ALL benefits – including OAP benefits and the state pension – for two years in order to save the government a further £9 billion, which would go a long way towards George Osborne’s target of finding £10 billion in welfare savings.

Of course, this would be viewed as a huge political gamble by many within the Conservative Party, as it would involve breaking the supposedly cast-iron guarantee that pensions will always rise by a “triple-lock” each year of whichever is highest between CPI, earnings-inflation or 2.5%, while also inviting more accusations that they are attacking benefit recipients in general.

The BBC article also suggests that taxing OAP benefits wouldn’t work, as the Treasury has complained that it would drag thousands of extra people into self-assessment, creating a huge administrative burden (they estimate they could need to hire an additional 5,000 workers if all benefits were to become taxed). Means-testing would likely involve imposing a comparable workload on the Department for Work and Pensions, so the level of savings which could realistically be achieved using either method seems questionable.

In the context of cuts for most other kinds of welfare spending, it does seem very difficult to defend continuing the status quo on universal pensioner benefits – but will the politicians have sufficient resolve to do something to address this?

NOTE: This issue was also aired by a Channel 4 Dispatches programme, on Monday 18 March. “Rich and on Benefits:  Michael Buerk investigates claims that Britain’s pensioners are part of an untouchable group when it comes to government welfare cuts and that some should not be receiving any help at all.” The programme also features IF Co-founder Angus Hanton. Available to view online (Channel 4oD) for one month after the broadcast date.