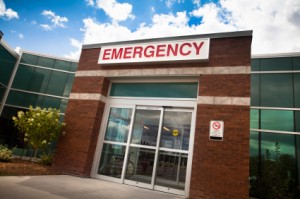 The controversy over PFI deals in the NHS shows no sign of dying down, according to recently released figures. These show that the total bill for PFI repayments has increased by nearly £200 million in just two years, from £459 million in 2009/10 to £628.7 million in 2011/12 (these amounts only apply to NHS trusts in England).

The figures, which were released as part of a new report by the healthcare think tank the Nuffield Trust, showed that PFI repayments have risen by an average of 18% a year over the last two years.

For the uninitiated, a useful guide to PFI schemes and the problems which are associated with them is available here:

To summarize, PFI deals have become problematic for three major reasons: they usually have very high interest rates, they impose much higher debts upon the taxpayer than the actual value of the infrastructure they originally helped to build (in 2011 the taxpayer owed £121.4 billion to pay for infrastructure which was only valued at £52.9 billion) and they often include expensive maintenance and service contracts which charge the public purse vastly inflated fees for performing simple tasks (one PFI hospital was apparently charged £333 to have a new light bulb installed under the terms of their maintenance contract, for example).

As PFI repayments come out of hospital budgets, they also divert money away from other services which the hospital could be providing, and can lead to redundancies, ward closures and the loss of departments if resources are spread too thinly. This is especially difficult in an era when most NHS trusts are facing squeezed budgets anyway, because of rising demand for services.

The report from the Nuffield Trust makes it clear that the burden of PFI schemes is not distributed evenly across the NHS. Variations in the number of new schemes which used PFI financing in different geographical areas have created a strong regional imbalance.

The report also highlights specific NHS trusts which are having to spend a particularly large proportion of their overall budgets on servicing PFI schemes. In England, there are now seven trusts where PFI repayments account for more than 5% of total revenue:

South London Healthcare NHS Trust made unwelcome headlines in 2012 when it announced it was being put into administration, and its future is yet to be fully resolved. The report also emphasizes that interest repayments on PFI debts are mostly up-rated using the retail price index measure of inflation (RPI), which tends to be higher than other measures, such as the consumer price index (CPI). It also means that government policies which have an impact on RPI can indirectly cost the NHS money in higher PFI repayments.

Despite the disconcerting figures which this report brings to light, the government is still continuing to give further PFI projects the green light. IF has previously published research (“The public finance initiative and intergenerational equity”) which argued that this is deeply unfair on future generations, who will still be paying for these schemes long after their benefits have been exhausted.

They also seem to be having a negative impact on many NHS trusts today as well. As Dr Mark Potter, Chairman of the British Medical Association, said in response to the launch of this report, “It is clear that the financial burdens of PFI continue to create problems for many hospitals.”