David Kingman looks at data from the 2011 ONS General Lifestyle Survey, which marks 40 years since the survey was first launched 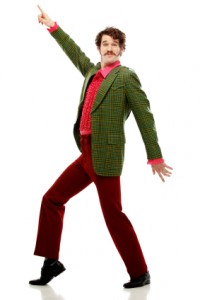 In 1971 it was still considered perfectly acceptable, if a little inconvenient, not to have a flushing indoor toilet in one’s home. Whilst the majority of households had already discovered the benefits of the modern arrangement, there were still 10.3% who had access only to an outdoor facility, while 1.2% had no domestic lavatory at all.

This little nugget is one of the fascinating facts which has recently been revealed by the Office for National Statistics (ONS), as they have published a range of information relating to the 40th anniversary edition of the General Lifestyle Survey – a piece of research which seeks to find out how ordinary people live in Britain by getting a sample group to answer a range of questions about different aspects of their daily lives.

The recent publication of the 2011 edition (there is always a lag of a few years caused by the amount of time it takes to perform the survey and process all the data) has enabled them to make a large number of comparisons about how life has changed since the first year of the survey in 1971.

Of particular interest is the picture this data paints of all the subtle ways in which domestic life has changed during this 40 year period. Some aspects of this are simply practical and technological – in 1971 British homes were colder, less hospitable, less convenient places to live. For example, as well as the aforementioned changes to toilet arrangements, in 1972 only 37% of British households had central heating, compared with 98% today; only 52% of households had access to a car or van, meaning people were much more restricted in how much they could get about, and less than half (42%) had a telephone.

Obviously, there were no computers or internet; many of the ubiquitous household amenities which today we regard as basic pillars of our way of life were yet to become widespread, or didn’t even exist at all.

Yet it was also a different world socially, in terms of who lived in British households, how they were related to each other, and the economic conditions surrounding home ownership. For a start, people are much more likely to live alone now than they were back then; between 1973 and 2011, the proportion of adults living alone has almost doubled, to 16%. Adults who do live together are far less likely to be married, especially women, among whom the proportion living in married households fell by a third between 1979 and 2011, while on the same measure unmarried cohabiting tripled.

Part of the explanation for the rise in people living alone is the ageing population, as more elderly adults find themselves in this position after their spouse or partner has passed away.

One of the most interesting stories which these figures tell is the changing nature of home-ownership. Politicians of all stripes have broadly remained committed to creating a “property-owning democracy”, in Margaret Thatcher’s famous phrase, but the survey data shows that levels of home ownership peaked in the 1980s and have gone into decline since. Although the recession has exacerbated this pattern, there has been a long-term trend towards greater private renting instead of buying, especially among young would-be buyers who find themselves shut out of the mortgage market by tight mortgage conditions and excessive deposit requirements.

Private renting fell dramatically during the first 20 years of the survey between 1971 and 1991, from 20% to 7%, as home ownership started expanding towards the masses. However, this trend went into reverse throughout the1990s, with private renting accounting for 11% of households in 2008. Then came the recession, which has had the effect of pushing levels of private renting back almost to where they began 40 years ago, as they stood at 15% of households in 2011. Very few other indicators have gone through a pattern like this during the 40 years that this survey has been running, and it paints a worrying picture of how much progress Britain has really made towards creating Thatcher’s worthwhile vision of widespread private homeownership.

The data revealed stark divisions by age in terms of household tenure. Broadly speaking, the likelihood of owning your own property in 2011 correlated positively with age (i.e. it got more likely the older you got) while the opposite was true for your likelihood of being a tenant. Among the under-25s, 57% of households were renting privately in 2011, and it is among this age group that much of the growth in private renting looks likely to be found over the next few years.

It is interesting to ask anyone who was an adult in 1971 which of the figures from this data they find most surprising. Obviously, the huge social shifts have been just as impressive as the technological revolution which has gone on simultaneously.

Nobody can know what the future will hold. But if the aim is to give younger people access to the social and economic status of being able to own property, it seems clear that Britain is sliding down the wrong path. This might have seemed implausible during the 70s and 80s, when private property ownership was rocketing, but now it seems that unless the country is able to radically change direction, we will soon be back where we were 40 years’ ago when it comes to the proportion of households that are trapped out of home ownership, despite the progress which we thought we’d made.