Young people in several Swiss cities have taken to holding public street parties as a protest against curfews against the under-16s. David Kingman looks at what lies behind this recent trend. 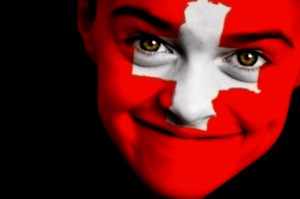 Last June the Swiss capital city of Bern played host to an impressive street party, as a crowd of more than 25,000 young people took advantage of the opportunity to dance the night away into the small hours.

However, these were not ordinary youthful high-jinks. In fact the street party, which had been given the name Tanz dich Frei (“Dance Yourself Free”) by its organisers, was actually intended to be a protest against the increasing number of Swiss towns and cities that have imposed blanket curfews against under-16s.

The trend towards curfews for the under-16s began in the resort town of Interlaken, according to the BBC. Local residents had complained about groups of young people meeting up to drink in public parks and squares during the summer, which – it was claimed – had led to a rash of graffiti and vandalism.

The response from the town council to these accusations may strike some people as rather heavy-handed: they passed down an edict that no under-16s were to be allowed out in public after 10pm unaccompanied by an adult. This new rule has since spread to many other parts of Switzerland, but now young people are starting to express resistance.

Proponents of the move – which include a local policeman who spoke to the BBC – have claimed that it has made the streets much safer, with falls in the rates of under-age drinking and property damage.

However, understandably it has also proved controversial, for several reasons. Many young people have complained that such an indiscriminate ban effectively punishes everyone for the transgressions of a minority of troublemakers, while doing little to address the specific causes of anti-social behaviour itself. It has also been claimed that the rise in the number of young people choosing to socialise in public spaces in the first place was merely a response to the lack of facilities which Swiss towns and cities provide for young people to enjoy themselves, with many official hospitality venues (clubs, bars and restaurants) either not allowing young people, or being too expensive for them to use anyway.

Some parents have also protested against the move, arguing that it ends up imposing a tougher toll on them if they have to accompany their children everywhere they want to go at night as a result, even if they are returning from perfectly innocent activities such as sports practices or trips to the cinema.

Some of the methods which have been used to implement the curfews have also proved controversial, as the small town of Kehrsatz found when their council hired a private security force to monitor the streets after dark. Not being police officers, they were only empowered to ask young people their age and check their ID; after that, if they really wanted to arrest someone then they had to bring in the actual police, leading to accusations that the whole initiative was a waste of taxpayers’ money.

How should we deal with antisocial behaviour?

The reaction to this Swiss attempt to deal with antisocial behaviour among young people demonstrates some of the pitfalls into which such strategies can tumble.

Firstly, it is clearly unfair to impose blanket punishments on all young people purely because of the actions of a few who have made trouble in the past. Secondly, it demonstrates that – while punishments are important tools to use against genuine offenders – antisocial behaviour is easier to deal with if young people are offered some kind of carrot to behave well, rather than just the stick. Investing in some activities for young people could have done a lot more to solve the problem in these Swiss towns, and possibly at a lower cost than that involved in paying private security firms.

However, probably the biggest problem with strategies like this is that they increase friction between the generations, both in these areas as a whole and within families, which is surely not what a positive youth strategy should achieve.