David Kingman comments on the recent fall in the number of young people who are classed as “NEET” – Not in Education, Employment or Training 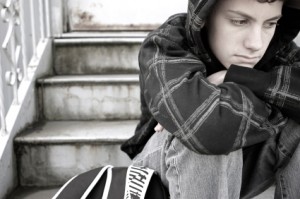 The number of 16–24 year olds who are “NEET” – not in Education, Employment or Training – fell slightly in the last quarter of 2012, according to government statistics. The figures reveal that by the end of 2012 there were 893,000 young people in the NEET category, compared to 957,000 twelve months earlier, a fall of 6.7%.

Young people who are aged 16–18 seem to have done particularly well, as there are now “only” 153,000 NEETs in this category, which is the lowest fourth-quarter figure for more than a decade.

“Any number of young people NEET is too high”

Skills Minister Matthew Hancock was cautiously optimistic about the decline in the figures, although he was keen to emphasise that the number of young people who are classed as NEETs is still too high:

“These figures show the proportion of young people not in employment, education or training has fallen sharply, and at 16–18 is the lowest comparable figure for a decade. Any number of young people NEET is too high, and the government will be working day and night to do still more on Apprentices, the Youth Contract, and the new Traineeships programme.”

In a related announcement, government figures which came out in January revealed that the number of people embarking on an apprenticeship increased by 14% between 2011 and 2012, which amounted to over half a million people, probably accounting for some of the decline in NEETs.

These figures suggest that the UK’s youth unemployment problems are finally starting to diminish after a difficult period during the recession, although the picture is not as clear as it might at first appear. Another set of statistics which came out recently showed that the number of 16–24 year olds who were classed as unemployed rose by 11,000 during the final quarter of 2012, suggesting that many young people are still finding it very difficult to get on the jobs ladder.

It is also worth questioning the value of the education and training which may temporarily have pushed the official number of NEETs down. By definition, young people who are in further education or doing an apprenticeship don’t count towards the number of NEETs, but these are only worthwhile exercises if there are decent job opportunities available at the end.

Recent research from employment website Adzuna painted a much bleaker picture of the jobs situation facing Britain’s young people. For those who have been to university, 50 graduates are now competing for every job vacancy, while there are 17 applicants per vacancy across all entry-level roles (which account for only 11% of jobs being advertised).

The total number of job vacancies across the UK increased by 4% during the last six months, but nearly a quarter of these offered only part-time roles.

Is this situation going to improve in the future? Probably not before the rest of the economy does. Unfortunately, for thousands of young people across the UK, it seems that the rewarding, well-paid job they’ve been brought up to expect is now further away than ever.