David Kingman examines new data which shows that youth unemployment is still rising, despite a drop in overall unemployment 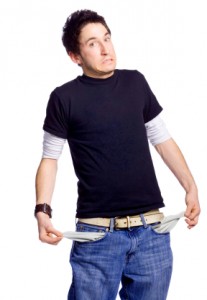 Recent ONS data has brought some relief to the beleaguered coalition government, as it shows that Britain’s unemployment situation is slowly continuing to improve.

Remarkably, the total number of people in employment now stands at 30 million, which is the highest level that has ever been recorded since records began in 1971 – although you would have expected it to have kept rising over the long-term because of the increase in the size of the population, as well as trends such as more women going out to work and more people working beyond state pension age. Critics have also been keen to emphasize that many of these people are in part-time and short-term forms of employment which are arguably less beneficial for the economy.

So the recession is nearly over? Are job opportunities starting to bounce back? Hooray!… except, well, not if you’re a young person. Unfortunately, the same set of data also reveals that youth unemployment (people aged 16–24 who haven’t got a job) rose by 11,000 during the last three months of 2012, the biggest rise for a year. This means there are still almost a million young people without a job, and the number seems to be rising again following a slight improvement in the previous quarter.

These statistics should once again raise fears that Britain risks creating a “lost generation” similar to those seen in heavily-indebted Mediterranean countries such as Spain and Italy, where youth unemployment has reached astronomical levels (35% and 55% respectively) and a very large section of the youthful population is faced with a stark choice between enduring a hopeless future in their nature country or emigrating somewhere else.

In fact, if you dig a little deeper into these numbers then the jobs situation doesn’t really seem to be getting much rosier at all. The real value of pay continued to fall, as the figure for the annual growth in weekly wages has remained below the level of inflation since the middle of 2008 (that’s nearly five years ago), so many people who are in work are still witnessing a decline in their actual standard of living as their take-home pay buys fewer and fewer goods.

There have also been some unusual trends surrounding the growth in overall employment: the number of people holding more than one job increased by 41,000 to 1.1 million, suggesting they can no longer make ends meet with only one source of income, while self-employed workers went up by 25,000 to 4.2 million. While this still contributes to a fall in total unemployment, it suggests that what’s actually happening on the ground is somewhat more complicated than the bare statistics suggest.

What does it all mean?

So what do these numbers really mean? It seems you could ask ten different people who are involved with the economy and get ten different answers.

The Work and Pensions Secretary, Iain Duncan Smith, was understandably keen to put a positive spin on these figures:

“The fall in long-term unemployment is particularly welcome and shows that the training and support we are offering is helping people move off benefits and into work. These figures show another big increase in full-time jobs, half a million more British people in work over the past year and more women in employment than ever before.

“The UK is now ahead of many of its international rivals when it comes to cutting unemployment and creating jobs which is so important as we compete in a global race.”

Paul Kenny, the General Secretary of the GMB trade union, was far more pessimistic in his assessment:

“That we have mass unemployment of two and a half million five years into this recession is waste on a grand scale. To this must be added the millions in enforced temporary and part time jobs and those massively underemployed. What is tragic is that there is no light at the end of the tunnel as we are in the middle of a triple dip recession.”

However you interpret what these figures mean for the broader economy, they certainly seem to suggest that there is not much light at the end of the tunnel for Britain’s unemployed youth, and that can only be considered a scandalous waste of their talent and ambitions.