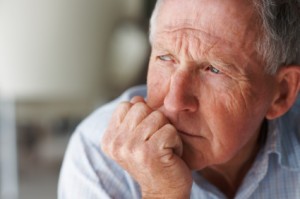 One in four people who plan to finish work this year may be “reluctant retirees”, according to new findings from the insurance company Prudential, who surveyed over 1,000 individuals who are in this position.

24% said that they would like to go on working, while less than a third (31%) claimed they are actually looking forward to retirement, which seems a surprising statistic given the positive way in which retirement is often portrayed.

57% of the people surveyed said that they are thinking of working past the state pension age, in which case they would join the 1.4 million Britons who are already doing so. Of these, 40% said they would like to work in order to have more money in retirement, while just as many people said they wanted to continue working because they enjoyed it so much.

The majority of the people who said they planned to continue working indicated that they would prefer to do so in a part-time role, which fits a trend among workers in this age group. According to ONS figures, two-thirds of Britain’s 1.4 million people who work beyond state pension age do so on a part-time basis, mostly with the same employer they had before they retired (80% of these workers have been with the same employer for at least 5 years).

Data from Prudential also recently showed that nearly 1 in 5 Britons who are planning to retire this year still have outstanding debts, mostly from mortgages, which amount to £32,200 on average.

Stan Russell, a retirement income expert for Prudential, summarised the changing nature of retirement as follows:

“In the past, people went from being in full-time employment one day to being retired the next. Retirement is much less of an event these days due to flexible working behaviours, and this is reflected in the attitudes of the class of 2013.”

On the one hand this is very good: the longer we can keep older people active within society the better, and our army of older workers is bound to have plenty of skills and energy which can still be of great use to the economy. However, it does also present some policy challenges which the politicians may need to address.

Most importantly, there needs to be a balance between older people choosing to remain in the labour market and still having enough openings to enable young people to get a foot on the employment ladder. Economists have long debated the so-called “lump of labour fallacy”, i.e. whether the labour market is flexible enough to create enough jobs for everyone, or whether giving a job to A means, in effect, taking it away from B. In a recession which has been characterised by especially high youth unemployment, the tensions between keeping older people on at the top in jobs and hiring younger people at the bottom have understandably become frayed.

No-one can say for sure to what extent giving someone a job represents a zero-sum game. However, one imbalance between the generations which could be corrected fairly easily would be if older workers had to start paying National Insurance Contributions at the same rates as younger workers; at the moment National Insurance Contributions cease being levied as soon as someone reaches state pension age.

According to a group of Tory MPs who published a report last year, this could raise up to £2 billion a year for the Exchequer. It would also end the inequity whereby, because the vast majority of older workers remain with the same employer, they essentially get a free pay rise at the expense of the general taxpayer.

If the government allows that to continue during an age of austerity, when cuts are having to be made elsewhere – not least to support for younger working-age people – then it hardly suggests that we’re all in this together, does it?