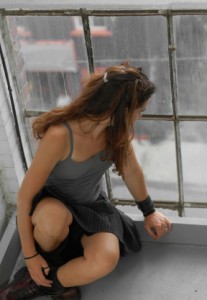 Angus Hanton feels the dice are loaded against the young, and government action is required if we are to avoid a breach in social cohesion

We know that older people who invest in buy-to-let properties often say that they are doing it to give themselves a better pension. But we also know that they are buying properties in a market with a virtually fixed supply and are usually buying exactly the size of property that a first-time buyer would seek – two-bedroom flats often have the highest rental yields and traditionally are also entry-level properties for people trying to get onto the housing-market ladder.

Buy-to-let investors have a strong following wind because their mortgages are usually cheaper: according to this weekend’s Financial Times a buy-to-let mortgage for 70% of value will have an interest rate of only 3.5%, while for a first time buyer a mortgage of 95% would cost nearer to 6% per year in interest. Critically buy-to-let investors get the tax advantage that they can offset their interest against income, which massively reduces the tax they have to pay. Add to that a “wear and tear” allowance of 10% of the rent which can be taken out tax free and a regime where there is very little tax on capital gains and you have a heavy tax subsidy in favour of buy-to-let buyers over new owner-occupiers who pay their mortgage interest out of after-tax income. This has driven the private rented sector, which has doubled from 9% in 1991 to 18% in 2012, and is still growing.

So this buy-to-let buying is crowding out first-time buyers, and younger people are more often remaining as tenants with the common statement, “I don’t see myself ever owning my own place.” Many of them are indeed destined to remain as tenants throughout their life and they will be paying a rent that transfers their earned income into unearned income for older landlords. The capital gains on these properties will go to the landlords – mainly baby boomers. Some of these gains are a result of increasing demand through the tax advantages of buy-to-let, but some are from inflation: where inflation was once thought to help younger people by increasing wages and the real value of borrowings, we can see that, because of buy-to-let, inflation is actually helping many older people and not benefiting those in their 20s and 30s.

So what emerges is a group of young workers who are paying for the older generation on a scale that has never happened before. They are paying increasing income taxes and increasing rents, and these payments are both going to support an older, much wealthier generation: both taxes and rents are being funnelled into paying the pensions of a generation who retired too early.

One can sympathise with young people who leave the UK, but they will leave behind a smaller group to continue this topsy-turvy economics where the old are feeding off their young. A typical younger woman who has been to university and managed to find a job will find herself paying a high level of income tax because our tax system is concentrated on taxing earned income; she will pay 9% of her income towards the interest on her student debt and she will be paying a high rent to contribute to the pensions of the older generation. There is a risk that at some point these younger workers will see themselves as enslaved by the older generation and will take a less sympathetic approach to looking after the financial demands of the elderly, which is worrying in terms of social cohesion.

But there is a lot that the government could do to reduce this “enslavement”, if the political will (and economic awareness) was there.

Government could reduce the tax subsidy for private landlords by not allowing the offsetting of mortgage interest against rental income or by eliminating the various capital gains tax allowances on rented property. Also they could reduce tuition fees, where there is clearly an experiment which has gone wrong: the hope that universities would charge only £6,000 per year has been dashed and they have been allowed to charge £9,000 – which many do.

Government could also, as other countries have done, limit the amount of GDP that can be spent on government pensions (public-sector employees and the state pension).

In any event, doing nothing will put increasing pressure on a younger generation who are starting to see themselves as “indentured” or “enslaved” labour.