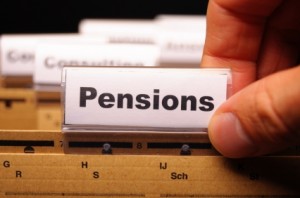 The population of the developed world is ageing, spelling trouble for national pension systems.

Most of these are financed on a pay-as-you-go (PAYG) model, where contributions from today’s taxpayers fund the pensions for yesterday’s workers who are currently in retirement. If too many pensioners need to be supported by too few workers, PAYG systems run into problems.

Changing peoples’ pension arrangements is politically very difficult. However, a recent article in The Economist argued that a new model of financing public pension systems, first pioneered in Sweden, could offer a possible solution.

This new model relies on so-called “Notional Defined Contributions” (NDCs). The biggest difference between this and traditional pension systems is that it represents a switch from a defined-benefit to a defined-contribution system, which is significant because at the moment most national pension schemes are run on a defined-benefit model, under which all qualifying citizens receive either a flat-rate or an earnings-related pension for life when they reach retirement age.

The NDC model would still be pay-as-you-go, but what people have to pay in is fixed, rather than what they will get out in the future. For example, in Sweden the rate is fixed at 16% of earnings. The actual money involved is paid out again straight away to fund today’s pensions, but the payments are recorded into a notional account belonging to each individual worker. Just as it would in a defined-contribution system, the notional sum of money in each person’s account grows on its own, through being pegged to changes in the earnings base (because this is where the money comes from in the beginning).

When people reach retirement age, they then purchase an annuity using the notional money in their account, which is then paid for by the contributions from current workers. In effect, they choose how much pension they would like to receive from a range of options presented by the government, which are based on the same calculations as conventional annuities used in the private sector. For example, the annuities offered by the government become less generous as life expectancy goes up, while people can chose to work longer in order to receive a more generous annuity if they retire at a later age.

A magic formula for pensions?

The major benefit of the NDC model is its flexibility. The annuity rates are based on a formula which automatically adjusts to changes in the numbers it deals with, such as life expectancy and contribution rates. The avoids the inertia which typically accompanies the process of relying on politicians, which usually makes it very difficult to change pension systems through legislation.

The formula is designed to respond to movements in all the different pieces which make up the pension system, so even if the workforce (and thus the pool of contributions) starts to shrink, it reduces the growth in the earnings base, meaning the value of peoples’ pension entitlements also falls, reducing the amount the system has to pay out. It also makes it easier for an individual to understand the trade-offs which are an inevitable part of pension economics when they are contemplating retirement, so (as already mentioned) they get a more generous pension in return for working longer, and so on.

The NDC system is no magic formula for the ills affecting national pension systems around the world. It is complicated and difficult to explain, while the emotiveness of pensions and old age makes them hard for politicians to reform without being accused of attacking the elderly and vulnerable. A system which relies so heavily upon keeping millions of individual records would also present enormous practical difficulties to countries where the government isn’t up to the task, which could rule out fast-ageing developing countries like China.

Nevertheless, national pension schemes are going to have to change to keep up with the global shift in demography. And there is some evidence that the NDC model helps cut costs: a recent set of EU projections of public finances in member states up to 2060 showed that the countries which were the first to implement NDCs (including Latvia, Italy, Poland and Sweden) are likely to see spending on state pensions fall or remain stable despite the ageing of their populations.

Rich-world policymakers –- many of whom are painfully aware that their countries will have to meet the costs of ageing populations while they are still mired in the economic downturn – should take note before it is too late.