The social care costs of old age are an intergenerational conundrum. Why should younger generations pay for the care costs which the baby boomers have spectacularly failed to provide for themselves? But, as Antony Mason argues, they too need a robust and sustainable system to cater for their own old age 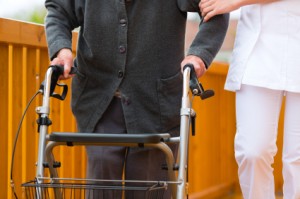 There are two extreme positions on who should pay for old-age care.

The State pays all

One is that the State should pay for everything in its entirety. At present the State spends just under £10 billion a year on old age social care (that’s care in the form of washing, dressing and assistance with eating, and so on; medical care is provided by the NHS under a separate system). A further £10 billion a year is spent privately on social care, by those who get no State help.

So if the State undertook to pay all old age social care, it would cost at least £20 billion a year in total. In fact it is likely to cost considerably more as the £10 billion currently spent by private individuals is constrained by exposure to very the very high costs incurred. If the State was paying, a sense of entitlement would send costs spiralling upwards. £40 billion a year would not be an unreasonable estimate of what the State might have to pay.

Old-age care seems like a priority that any civilised society might want to invest in, but in the present climate of austerity, no government is going to undertake a commitment to pay for everything – and indeed no country in the world does.

Pay for it yourself

At present, the State only steps in and pays for social care if you have assets of less than £23,250. This means that a very large percentage of the population – certainly any property owners – are having to make provision for themselves. And some 75% of local councils – charged with delivering social care – will in any case cover only those whose needs are considered “substantial” or “critical” – which is basically those who need round-the-clock help.

Essentially “pay for it yourself” is largely what we are doing.

Some will argue that this is only fair. Why shouldn’t older baby boomers who have been the beneficiaries of massive property-value inflation and generous pension arrangements (from either the private or public sector) be prepared to take on the costs of old age?

The trouble with this system is that there is a risk that these old-age care costs can be astronomic. One in ten pensioners has care costs in excess of £100,000. If they are paying that for themselves, they are likely to see an entire life’s work of diligent saving and investing entirely wiped out by old age, while those who have not made such provision, and may even have been reckless with their spending, or “gamed” the system by shedding their assets, are rewarded by 100% State support in old age. What kind of message does that send out to those who try to fend for themselves?

The commission set up under the leadership of Andrew Dilnot looked into this dilemma. It identified the worst aspect of the current system as the risk that people faced an unlimited liability in their old age: old-age care could cost everything that they own. An estimated 40,000 people a year are having to sell their homes in order to pay for old-age care.

Dilnot concluded that the best solution was a compromise: a system where this liability was shared by the State and by private individuals. If individuals took responsibility to pay for their own social care up to a certain capped limit (Dilnot suggested £35,000 over a life time), the State could take over the rest  – the unlimited liability – estimated to cost about £2 billion per year in total. With social care costs capped at £35,000, insurance companies would have a clear picture of a limited liability, and be able to create insurance products to cover care up to that total.

Last week, the government announced a watered down version of this proposal: individuals would have to pay their own way up to a cap of £75,000, and thereafter the State would take over, reducing the annual cost to the Exchequer (and the taxpayer) to £1 billion, instead of £2 billion.

Who does it help?

Critics say that this £1 billion will be paid by taxpayers simply to protect the assets of the well-to-do, and that this strategy does nothing to help the poorest in society. No extra money is being put into the system.

Others argue that a cap of £75,000 is too high. Who is going to insure against the risk of having to spend that kind of money when 25% of old people actually spend little or no money on care until the day they die? It is all down to perceived risk, and – notwithstanding that people are reluctant even to think about this risk at all – it looks like a poor wager. Insurance companies have apparently been slow on the uptake, because there has been little interest from the public.

Remember, too, that we are talking only about social care here: washing, dressing and eating. This does not include the full costs of care in a home, where “hotel costs” (accommodation and food) are billed separately. A separate cap of £12,000 a year applies to that: in other words the State will only pay “hotel costs” in care homes in excess of £12,000. Note that the average residential care home costs about £30,000 a year.

Furthermore, the social care entitlement is only granted up to the standards and range of provision offered by local councils – a system already under great strain. “A quarter of home-care services provided to the elderly in England are failing to meet quality and safety standards, inspectors say,” to quote a recent BBC report.

Under the new system, the threshold of assets held by an individual, below which the State will pay for social care, will rise from £23,250 to £123,000, applied on a sliding scale. Again, most home-owners will fall outside that limit.

In other words, this new system – highly complex to compute, and to operate – does not seem to solve the growing crisis in old-age care. Many commentators, inclined to support the Dilnot solution – including Andrew Dilnot himself – welcome the government initiative as little more than “a step in the right direction”.

Younger and future generations might justifiably resent the bill they will have to pay to cover the care costs of the ageing population. The baby boomer generation has spectacularly failed to make proper provision for its old age.

How else could the extra £1 billion or more in state spending be raised, if not through existing tax arrangements? The government proposes freezing inheritance tax, but this (a) seems unlikely to provide an adequate yield and (b) actually impacts on the younger generation that stands to inherit. As a more generationally fair option, some have suggested reining back or withdrawing some or all of the universal benefits paid to the over 60s without means-testing (winter fuel payments etc). Or withdrawing the exemption from National Insurance Contributions currently enjoyed by the over-65s who choose to continue to work.

Of course the young will get old in their turn. So they stand to benefit from any advance in the current system, which is deeply flawed, inadequate, and the source of great anxiety to the elderly in their advancing years.

At present it looks as though the new proposals made by the government – Dilnot-lite – will not be the breakthrough remedy that everyone hoped.

So younger generations had better start making their own provisions for long-term care, if they want to enjoy a comfortable and dignified old age in their declining years. A private nest-egg of about £700,000, at today’s prices, should cover it.