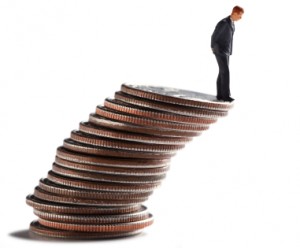 The full cost to the taxpayer of public sector pensions could be even higher than has previously been estimated, according to a new report from the think-tank the Centre for Policy Studies, written by pensions expert Michael Johnson.

The report, called A Toxic Triangle: The Public Service Pensions Bill and the DWP White Paper, is available from the CPS website..

Previous research has already shown that the future cost to taxpayers of the current public- sector pension arrangements will be very high. Current projections show that taxpayers will have to pay £17 billion in employer contributions to public sector pension schemes, while (according to the report’s authors) the Office for Budget Responsibility (OBR) has already projected that £15 billion a year will need to be found to cover the gap between employee contributions and outgoings from the main public-sector pension funds.

However, this report highlights an additional set of costs which should add at least a further £9 billion per year to the bill facing taxpayers. These mostly arise from the unintended consequences of the interaction between the Public Service Pension Bill, which is currently being debated before parliament, and the recently-published DWP white paper on the single-tier pension.

Together, these two pieces of legislation will create additional costs to the taxpayer through the end of “contracting out” of pensions in the public sector. At present, workers in the public sector receive a rebate on their employer’s National Insurance contributions if their pension has been contracted out, but this benefit is due to disappear under the arrangements created by the DWP white paper.

This will create extra costs worth at least £3.4 billion. At the same time, the report argues, there will be another cost of about £4 billion a year “as a result of public sector employees continuing to enjoy an enhanced occupational pension, as if still contracted-out, whilst being entitled to further accruals within the new single-tier state pension, once it appears.”

There could also be extra costs of at least £2 billion a year stemming from the fact that Lord Hutton’s modelling of public sector pension costs (which formed the basis of the Public Service Pension Bill), used life expectancy projections which are now at least six years out of date. Meanwhile, life expectancy has continued to increase, and shows few signs of slowing down.

In total, taxpayers could face a bill for £41 billion a year to pay public sector pensions, which is the equivalent of £1,600 per household.

Michael Johnson, the author of the report, argues that the coalition must move quickly to get the costs of public sector pensions under control:

“The need for bolder reform of public sector pensions is far greater than that proposed in the Public Service Pensions Bill. And the Coalition must act now to untangle the expensive consequences of the interaction between its various pension reform proposals.”

Tim Knox, the Director of the Centre for Policy Studies, was even more forthright in his judgement of the situation regarding public sector pensions:

“Lord Hutton claimed that his proposals for public sector pension reform would be fair, sustainable and balanced; and that taxpayers can have confidence that the costs are controlled. Sadly, none of this is true. Taken together, the Coalition’s pension proposals are unfair and the costs – at £1,600 a year for every household – are clearly not controlled. This is clearly unsustainable.”