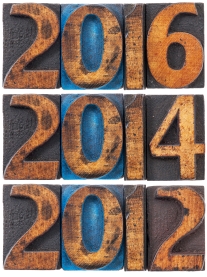 David Cameron has further emphasised his commitment to avoid cutting universal benefits for pensioners, by confirming that they will be protected until the end the financial year in which the next general election takes place.

The Prime Minister had previously nailed his colours to the mast over pensioner benefits by announcing they would be protected throughout the duration of the current parliament, which is due to conclude with the next general election in May 2015. This pledge was confirmed during a high-profile public speech at Bluewater Shopping Centre in Kent on 25 June last year (the subject of another IF blog at the time).

It had been widely assumed that this committed the government to protecting these benefits only until the beginning of the next parliament. However, according to a statement from David Cameron’s official spokesperson on 1 February, this guarantee now extends to cover the whole of the 2015/16 financial year, which effectively extends it by another 11 months.

The Press Association had the following quote from the spokesperson:

“As regards pensioner benefits, the Prime Minister has very clearly set out his promises on this. He stands fully behind them. Pensioner benefits are fully protected for the entirety of this Parliament – including for the year 2015/16.”

The pledge to protect universal old-age benefits originated in the Conservative Party manifesto at the 2010 general election, and was then included in the 2010 Coalition Agreement, the document which established the terms under which the historic Conservative-Lib Dem coalition would govern.

All in this together?

This renewed pledge to shield pensioners from the impacts of austerity is likely to prove controversial, as Chancellor George Osborne is reportedly seeking to achieve an additional £10 billion worth of cuts from the departmental spending settlements for 2015/16, which are due to be announced by the end of June 2013.

There is thought to be some support within the coalition government, particularly among the Lib Dems, for at least means-testing some of the benefit payments which are currently given to all pensioners regardless of age. In a recent speech, Deputy Prime Minister Nick Clegg indicated that he thought wealthy pensioners should be prepared to “sacrifice” some of their benefits to aid the less well-off.

Certainly, it will be interesting to see whether whatever type of government emerges after 2015 is brave enough to do anything about the rising cost of pensioner benefits. It should serve as another test of what that famous phrase “we’re all in this together” really means…