David Kingman explores two sets of population predictions which came out in the space of a week, showing both Europe and China are starting to see falling numbers of workers 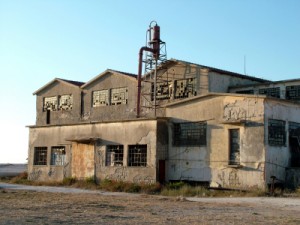 European policy-makers are often gripped with anxiety about how “Old Europe” (as it is sometimes derisively dubbed) will cope in the future as its total workforce shrinks; a period of economic diminishment as the continent is overtaken by younger, more energetic regions seems inevitable.

Yet we are not alone: Chinese policy-makers are also grappling with the same problem. New sets of population data that have recently come out underscore the surprising number of similarities between the two regions.

On 18 January China’s National Bureau of Statistics (NBS) announced that 2012 witnessed an historic development: for the first time, China’s working-age population shrank, by 3.4 million people (roughly the size of Berlin). As an article in The Economist described it, China seems to have reached “peak toil” – a reference to the anxiety over “peak oil”, the point where it is assumed we will reach the maximum amount of oil we can extract.

This follows decades in which China developed an entire economic model based on its huge quantity of surplus labour, developing massive export industries which led to the country being dubbed the new “workshop of the world”.

According to Eurostat, the European Union’s main statistical authority, 2013 will be the year when the European Union begins to see a fall in its working-age population, which they believe peaked last year at 308.2 million. Over the next 50 years it is projected to fall to 265 million – a loss equivalent to the entire population of Spain – as the members of the baby boomer cohort reach the end of their natural lives.

The outlook would be even bleaker, where it not for projected net annual immigration of 1 million people a year (most of whom will be youthful), although obviously this relies upon a lot of assumptions (not least that the EU will survive until 2060 in its present form). Interestingly, the Eurozone’s working-age population began shrinking last year (reflecting the fact that its population structure is older than that of the EU as a whole), while the situation would worsen more quickly if the UK decided to leave the union, as our population structure is somewhat younger than that of Germany and the Mediterranean countries.

An important methodological note needs to be observed: the Chinese statisticians measured people aged 15 to 59 as their working-age population, while the EU judged this to be people aged 20 to 64. This reflects different labour practices in the two regions, as Chinese people tend to enter and exit the labour market at earlier ages than Europeans.

Are we ready for the age of shrinking workforces?

China seems to be in a stronger position than the EU, despite its one-child policy which has restricted the birth rate since it was first introduced in the 1970s. For one thing, they can still make more easy gains from people consuming more as the population continues to urbanise, and prosperity spreads to more of the country’s rural population, which still lags behind the urban population on many measures of economic success.

For another, the Chinese economy also still has huge opportunities to expand into service industries, as it currently remains skewed towards manufacturing. Add in the fact that China is surrounded by more youthful potential trading partners whose economic journey towards prosperity is just beginning, and there seem to be ample opportunities for the country to continue growing over the coming decades.

Europe, by contrast, seems to have far fewer options. The EU is already full of mature service-based economies in which most of the easy gains have been achieved. This should leave it in a worse position than China to meet the huge costs of population ageing, as the growing army of retired people – many of them living in poor health – require expensive pension and healthcare provision to be paid for by shrinking group of workers.

The Economist managed to paint an exceedingly bleak picture at the end of its article discussing the shrinking number of European workers:

“Adverse demography will hurt European public finances. The commission expects a rise in annual age-related public spending in the EU of four percentage points of GDP over the next 50 years. Austerity already feels interminable, and there is no end in sight.”