Robert Palgrave of Biofuelwatch makes the case that bioenergy is a false solution to climate change, adding to the debt that we are leaving to future generations 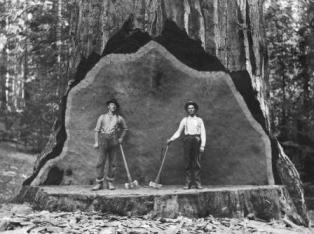 In the over-developed world (the Global North), we’re addicted to cheap energy from fossil fuels. Curing the addiction is probably our biggest challenge as a species. If we don’t, the outlook for future generations is bleak: energy prices will rise faster and faster, leading to social disruption, and greenhouse gas concentrations will further warm the planet, likely triggering irreversible climate change.

It’s been common knowledge for decades that burning fossil fuels is altering the atmosphere and causing climate change through carbon emissions. And we understand intuitively that fossil fuel reserves are finite and that it can only become more difficult and expensive to keep the flow of fuel going to power yet more economic growth. Yet policy-makers, scientists and businesses persist in telling us that technology will deliver a solution.

By clinging onto this vain hope and downplaying the fundamental problem of over-consumption, we will continue to increase planetary overload, and are condemning future generations to poorer lives and the real possibility of severe social disruption.

Renewable energy is one of the techno-fixes being deployed to “transition to a low carbon economy”. In theory – and if used wisely – it can reduce our planetary impacts and slow the rate we burn fossil fuel.

According to the International Energy Agency, renewable energy is “derived from natural processes… that are replenished at a faster rate than they are consumed.” In reality, North America’s and Europe’s renewable energy policies are heavily focused on greater use of transport biofuels and large-scale wood combustion for electricity and heat – which depends on increased logging and the expansion of monoculture tree plantations.

The fact that soils, fresh water, and ecosystems are being destroyed rather than replenished in this process is ignored. Also overlooked is the growing evidence that industrial bioenergy – both biomass electricity and transport biofuels – commonly cause more greenhouse gas emissions than the fossil fuels they might replace. Numerous peer-reviewed studies document the scale of those emissions, which result from farming, processing, land-use change, and increased fertiliser use.

In the US, bioenergy accounts for 44% of all energy classed as renewable – more than any other technology. The US Energy Information Administration expects its share to grow much faster than that of the renewables sector overall until 2040. In Canada, the share of bioenergy amongst “renewables” is surpassed only by that of large-scale hydropower.

In the EU, bioenergy was projected in 2011 to contribute more than half of the 2020 renewable energy target. Most of this was expected to come from burning 80–100 million tonnes of wood a year. This is now likely to be an underestimate: in the UK alone, businesses have since announced plans to burn around 90 million tonnes of wood annually in power stations like Drax’s converted coal-fired facility. Most woodfuel for power generation will be imported, since the total UK production of timber is around 10 million tonnes per year. 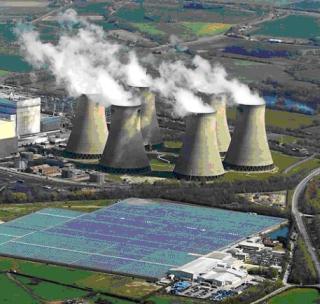 Right: Drax power station – in the process of being converted from coal to wood-burning

The result of these “renewable energy policies” is a massively increased demand for wood, vegetable oil, cereals and, crucially, for land. Biofuels still account for only 3% of global transport fuel, yet, according to a report by the International Land Coalition, they were responsible for over half of all land-grabs in the Global South between 2000 and 2010. By pushing up the price of cereals and vegetable oils, they have led both to greater hunger and malnutrition, and to the increased destruction of forests and other ecosystems – including peatlands – for palm oil, soy and other plantations.

Biofuelwatch campaigns to raise awareness of the issues posed by industrial bioenergy and to reverse the policies which promote it. We believe “that bioenergy is a false solution to climate change – it adds to the debt that we today are leaving future generations by supporting the idea that current consumption levels of energy and material can continue while ever-more techo fixes are developed.”

Humans are the only species to have discovered and deployed fire. Used in moderation, fire benefits us. Used to excess in our industrial-age energy-profligate society, whether burning fossil fuels or biomass, it has become a curse which will haunt our children and their descendants.